Megalomaniac–winner of the Cheval Noir Award at the recent Fantasia International Film Festival–has been scooped up by Dark Star Pictures for a theatrical release next year (stay tuned for the exact date) before hitting digital and on-demand, according to a report in Variety. 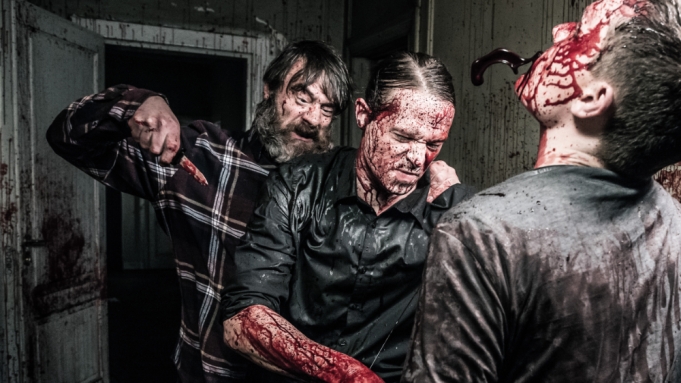 The horror pic–the fourth feature from filmmaker Karim Ouelhaj (The Frozen Eye)–stars Eline Schumacher in a tale inspired by the terrifying case of a Belgian 19902 serial killer nicknamed “The Butcher of Mons”–a killer who was never captured.

Ouelhaj said the feedback from the festivals “has been enthusiastic, and we noticed a real craze for the film from females. They say it sticks in your skin and your brain–you keep thinking about it for days. I’m happy to hear it’s not forgettable.”

Dark Star president Michael Repsch said the “intense practical effects and gruesome visuals will make the film a hit with the genre community,” adding that the movie is “absolutely unrelenting” in its approach to horror extremes.