Free Comic Book Day rolls around every first Saturday in May and it is a time for both fans and retailers to celebrate.  The annual event (which originated in 2002) allows fans to scoop up free copies of popular titles, many of which highlight the publisher’s event series or a new relaunch of a popular character.  It is also a day where casual fans enter comic shops across the country, helping small businesses renew their leases and hopefully find a few new customers (the comics that are offered at these events are not necessarily “free”; retailers do have to buy these comics although they get them at heavily discounted rates).

You can always find super hero and sci-fi titles on Free Comic Day, but horror comics are a little harder to come by.  The best bets for horror fans this year include:

I Hate Image by Skottie Young 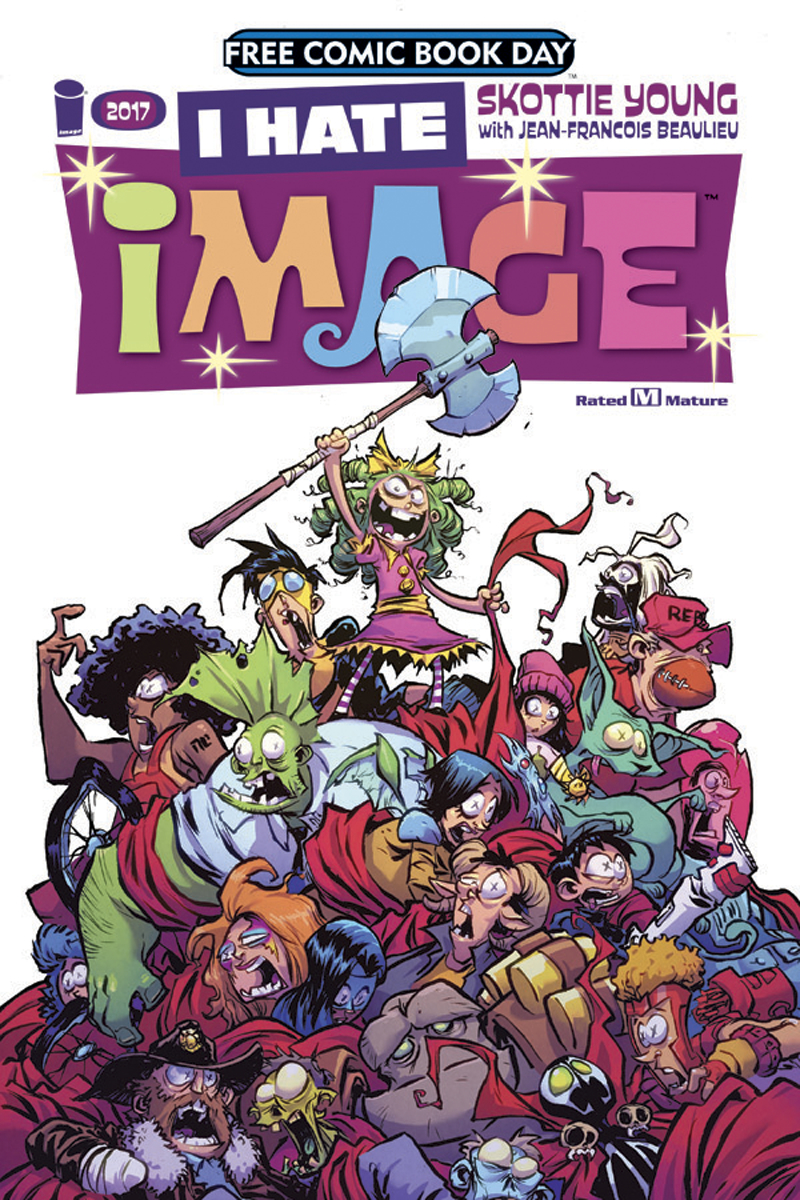 This one is probably the best choice for horror fans.  Skottie Young’s Gertrude takes aim at the entire stable of Image Comics’ stars including Spawn, The Walking Dead, Saga, and many others, satirizing them all along the way.  It is one of the only “mature titles” available this year (even though the art style could fool you). 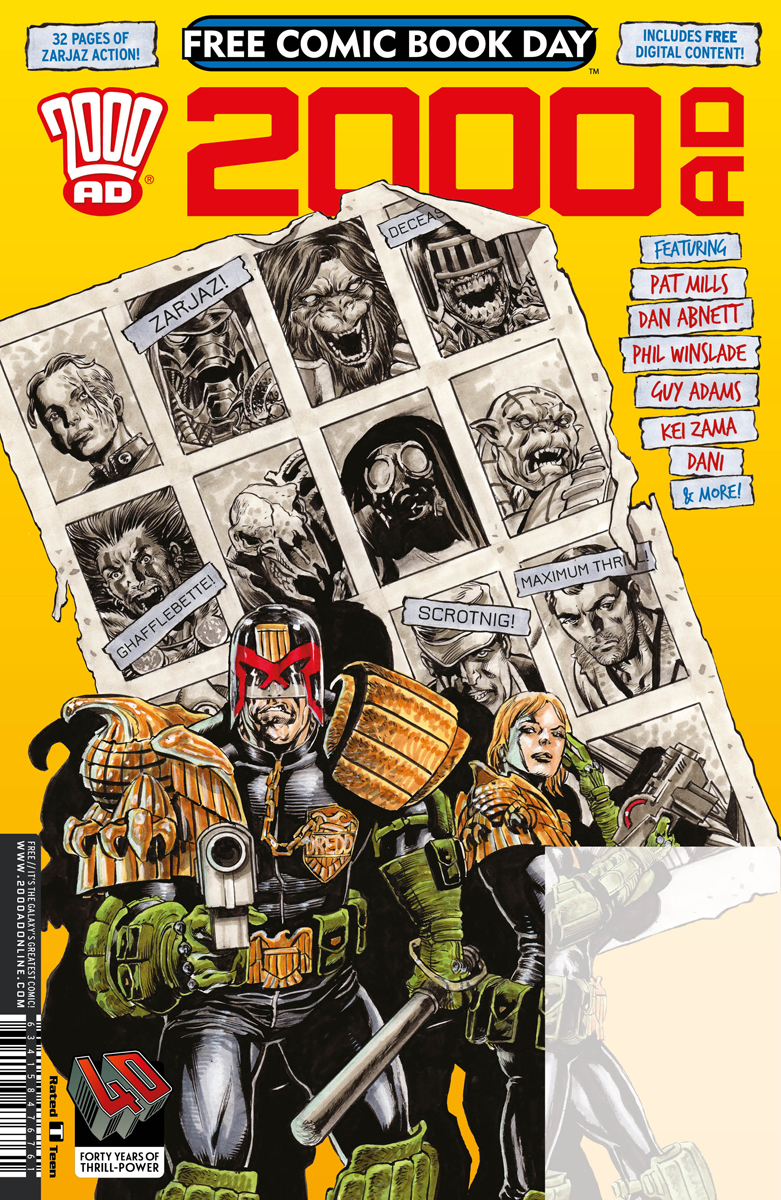 Britain’s perennial sci-fi anthology and the original home of Judge Dredd offers a collection of short stories featuring Judge Dredd, Judge Anderson, Judge Death, the A.B.C. Warriors, and Mallory Hope.  This 80’s favorite has always been a favorite of horror, sci-fi, and heavy metal fans everywhere and should contain the traditional quality one expects from this title.  One thing to remember is that this comic (as well as the next two recommendations) are part of the silver tier of comics for FCBD.  What this essentially means is that they are most likely ordered in much smaller amounts by retailers, so you may want to call and check on availability if this is one you are looking for. 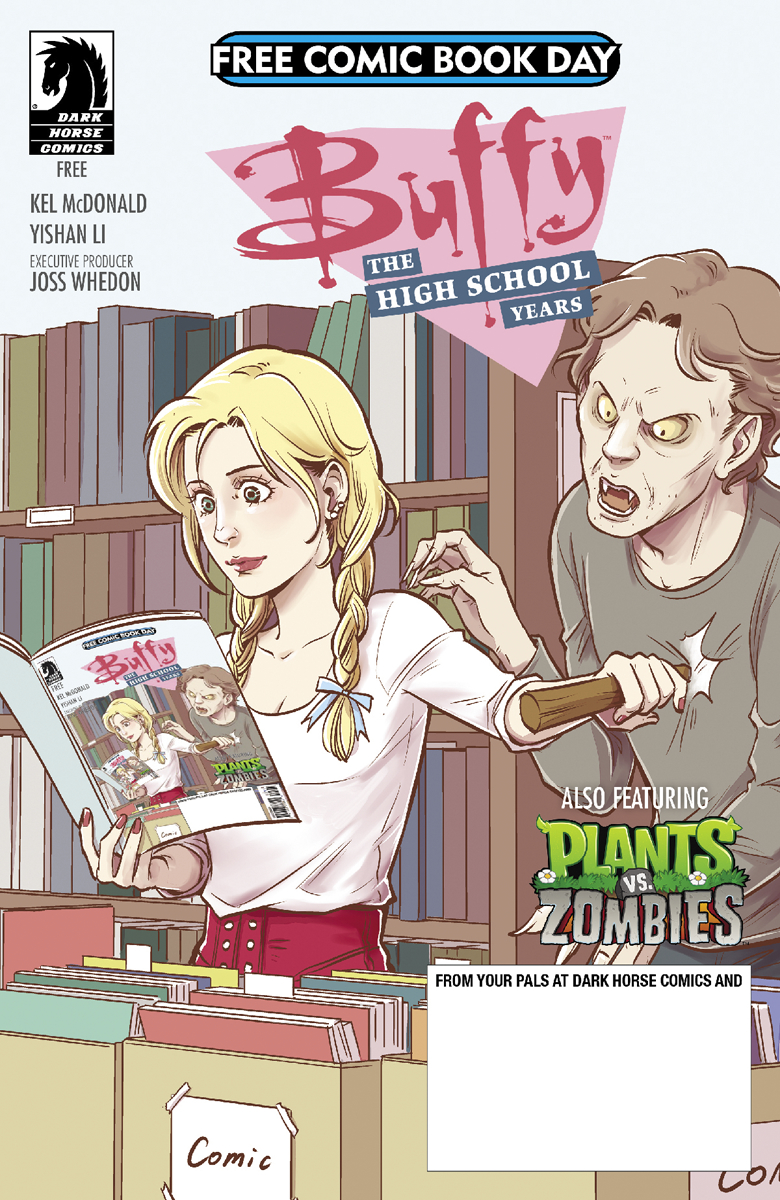 Buffy fans will certainly want to pick up this “all-ages” issue of their favorite vampire slayer.  This is essentially a Riverdale High-esque take on the character, and one that is probably more accessible to younger fans who may not be familiar with the character.   Also included in this issue is a Plants vs. Zombies story which involves…time travel?  Fans of the game should enjoy it, but probably not to many others will. 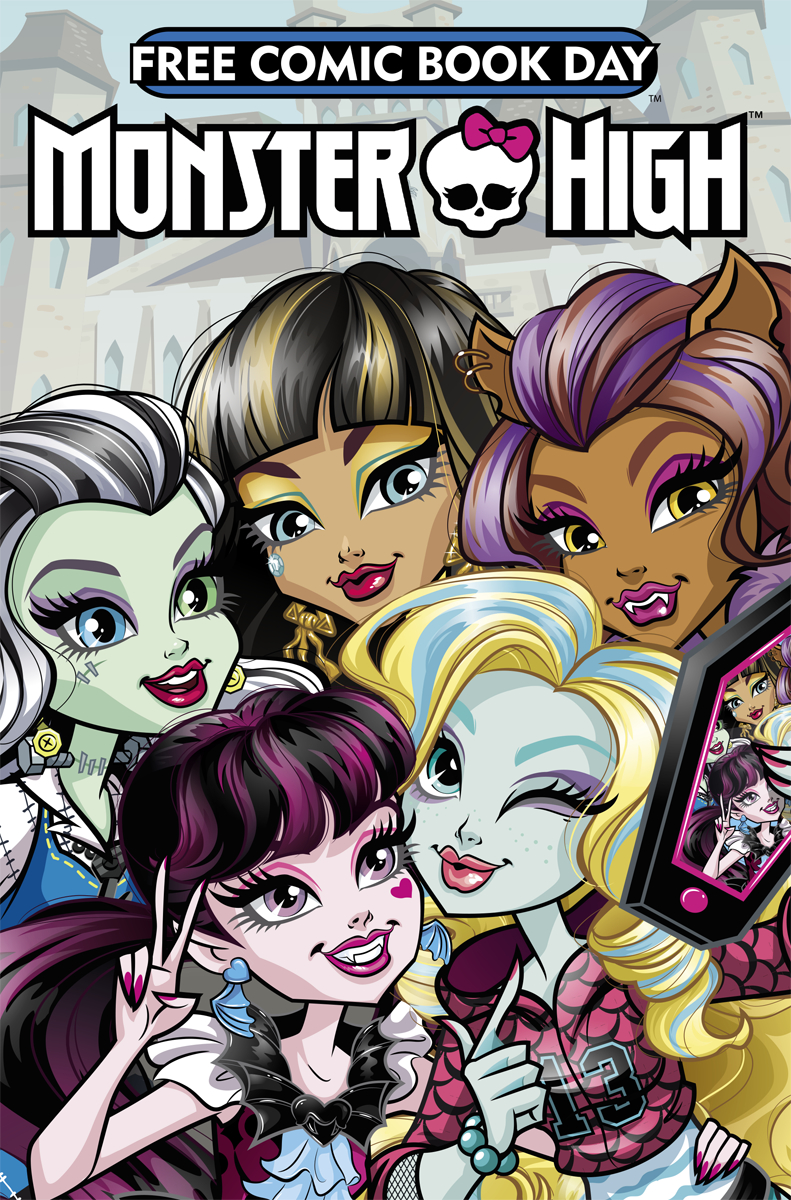 Everyone’s favorite teen monsters are back in this comic from Titan Comics!  Titan also publishes the Monster High Magazine, but the comics have had a harder time catching on with their fan base.  The highly successful toy line has slowed production in recent years, but with a live-action film in the works, who knows what is in store for this franchise.  This may be the perfect way to introduce young fans to teenage versions of the favorite Universal monsters (I know it worked in my house!).

Enjoy Free Comic Book Day and be sure to pick up something to support your local comic book shop while you are there as well.