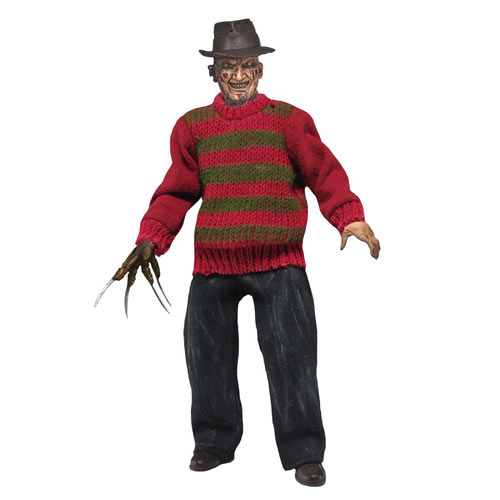 Yesterday we showed you Jason. Today we have Freddy.

Get your retro fix with this Nightmare on Elm Street Freddy Krueger 8-Inch Retro Action Figure! The horror icon is a poseable 8-inch tall action figure dressed in tailored fabric clothing similar to the retro toy lines that helped define the licensed action figure market in the 1970s! Freddy is based on his appearance in the original Nightmare on Elm Street movie. He comes with a removable hat and his trusty razor glove, and is entirely faithful to the movie.