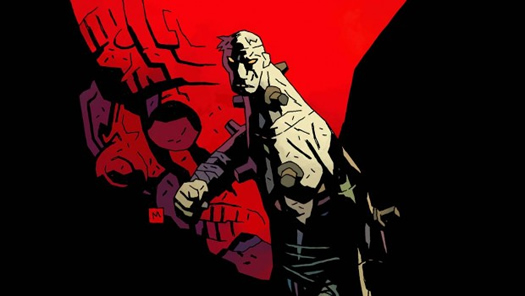 Synopsis: Hellboy’s creator takes on history’s greatest monster! The Frankenstein creature is alone, abandoned, and wandering underground, where he will discover other strange creatures and dark secrets to the universe.

Our Thoughts: While this isn’t the first time Frankenstein has appeared in Mignolaverse, this is the first in his own series. As a fan, I really was eager to see Mike Mignola’s take the classic character.  For most who love horror, it would seem to be a daunting task.  Frankenstein Underground #1 provides the backdrop for the series in a way which is engaging, suspenseful and tells a really deep story.  One aspect about the series that stands out is the humanity of Frankenstein himself. Just as with Hellboy, this “beast” has much more substance than meets the eye.  He is also hunted for his appearance.

Stenbeck does a great job with the artwork with extensive detail.  Horror Comic Award winning colorist Dave Stewart is on point as always. Using just the right tones, at the just the right times has made him the perfect complement with all the Mignola series he works on.