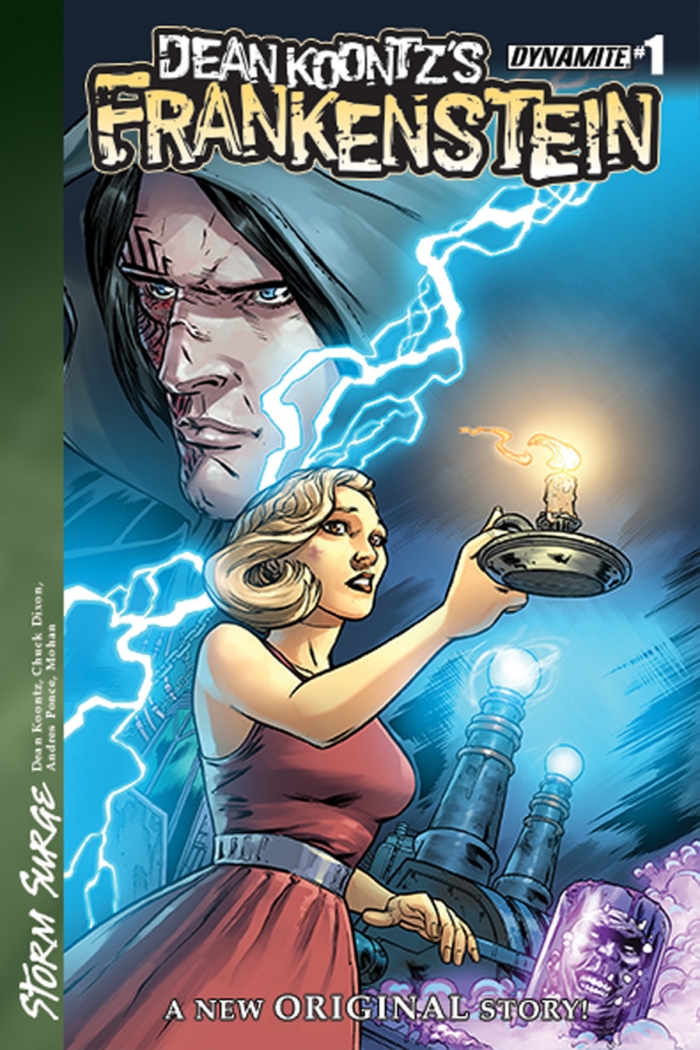 While healing from a beating she suffered at the hands of Victor Helios – once Dr. Frankenstein – and her own maker, Erika Five decides to leave the comfort of her glassed-in porch and bottle of cognac to go exploring into Victor’s secret home lab, which she believes is an antechamber to something more sinister. With the help of the bodiless head Karloff and his disembodied hand, Erika finds a secret lab and within sees experiments revealing Victor’s attempts to do more than create a race of super-immortals… and a mirror-like portal to another universe, one of infinite realities Victor is trying to bridge for his own terrifying reasons!

Written by Chuck Dixon and art by Andres Ponce.