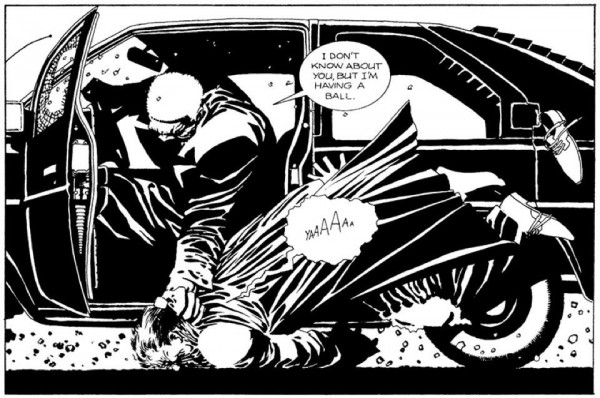 Deadline is reporting that Glen Mazzara (show runner for early seasons of the Walking Dead) will be writing and producing a new television series based on Frank Miller’s Sin City.

Mazzara is joined by “Underworld helmer Len Wiseman, whose TV credits include Sleepy Hollow and Lucifer, will direct. Stephen L’Heureux (Sin City: A Dame To Kill For) will oversee and produce with Miller, Mazzara, Wiseman and Bob & Harvey Weinstein.”

The program will reportedly “… be a far departure from the films, introducing original characters and timelines within the Sin City universe.”   It is unclear if the series will follow the cinematic style of the films or the artwork of the comic at this time, or if it will go in a more realistic direction.

The producers are shopping the new series to networks, but there is currently no news to report at this time on where the noir comic property will land.

‘Lucifer’ Renewed for a Second Season by Fox