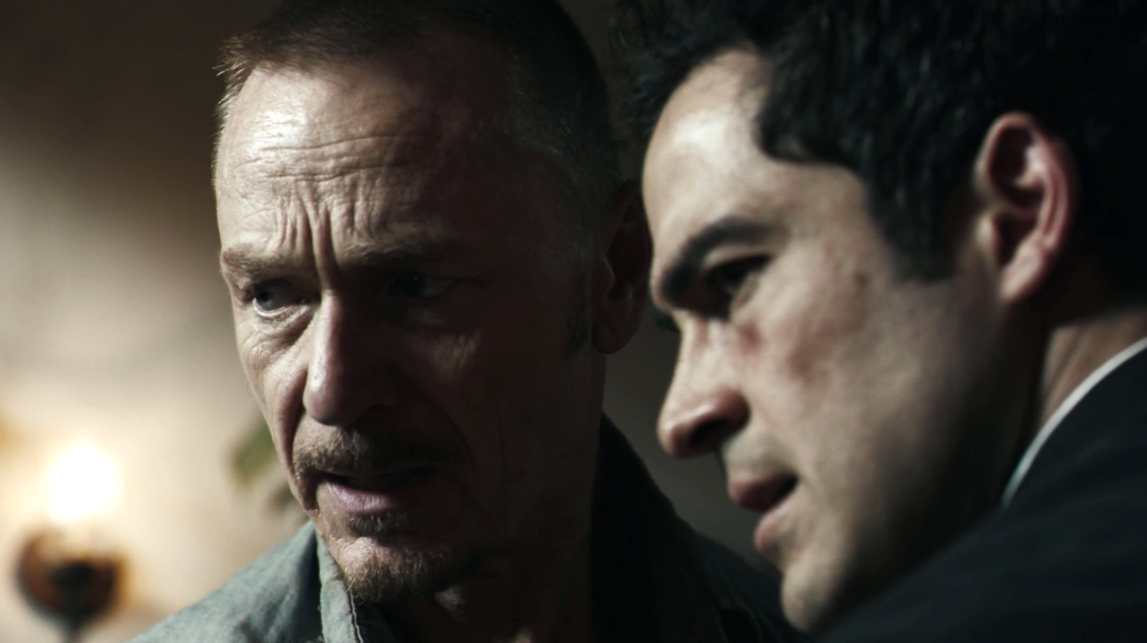 After narrowly escaping cancellation, Fox’s stellar The Exorcist television series is finally entering production on Season Two! We’ve already learned that there will be a major shakeup in the cast next season (No Geena Davis; no Rance family), and now we have a better idea of who will be involved with the project and when it will air.

Fox has announced that The Exorcist Season Two will premiere on Friday, September 29th, 2017. The show also aired on Friday night last year, which likely contributed to its difficulty in netting a higher viewership than the smaller, but very passionate, following it developed. Fox is doing the series no favors by keeping it on Fridays this season as well. On the other hand, last year’s gossip suggested that the show was able to get away for more visceral and questionable content because of it’s low profile time slot. So long as Fox continues to support the series based on on its creative merits rather than an unreasonable expectation for ratings despite the time that it airs, this could be a win-win for everyone.

One of the big rumors around the time it was finally announced that The Exorcist would get a second season was the speculation that the production would be bringing in a showrunner to helm the project. Last year, those duties were handled beautifully by series creator, Jeremy Slater; and there was speculation that a new showrunner could alter some qualities of the show that die hard fans loved about it. It seems that a very positive middle ground was reached in this development: Deadline reports that Jason Ensler will be joining the series as executive producer.

Ensler is not new to The Exorcist. He directed the fifth (The one with the shocking twist!) and final episode of last season. He knows the material, he knows what makes it successful, and he has a positive working relationship with other series regulars. Ben Daniels voiced his approval of this development recently on Twitter:

By all accounts, The Exorcist Season Two has a unique vision, a promising addition to the leadership team, and an eager cast. In just a few short months we’ll be able to see the fruits of their labor! Stay tuned to Horror News Network for more details on this exciting project as they break!