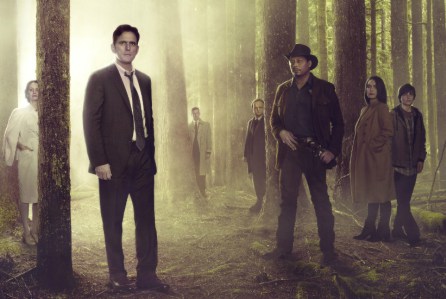 Fox has renewed ‘Wayward Pines’ for a second season after a solid ratings run this past summer, along with strong DVR ratings.   It will run for another 10 episodes next summer.   M. Night Shyamalan will return as an executive producer, however the series will now be run by Mark Friedman.   Chad Hodge, who wrote the adaptation, has other projects and won’t be returning.

The second season will pick up following the first season, with a new arrival in Wayward Pines, who enters the town during a rebellion by the residents, as they fight over how to save the endangered human race.

Fox Entertainment president David Madden said, “Wayward Pines was a huge hit for us this past summer. We were absolutely blown away by the mysterious and surprising world that Night and his team created, and the twisting-and-turning storytelling that drew viewers in from day one.”

Season one of the series was ranked at No.1 for Summer 2015 scripted broadcasts of adults 18-49.