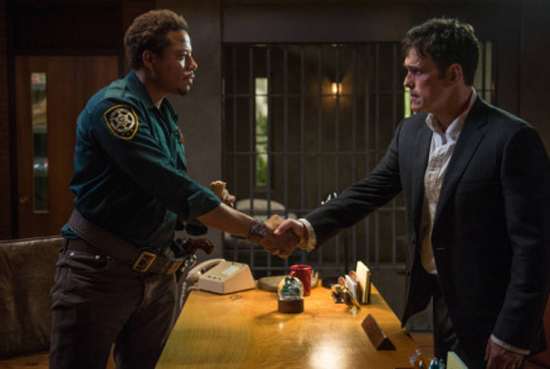 Starting tonight at midnight ET/PT, Fox Broadcasting and Fox International Channels are previewing the premiere episode of ‘Wayward Pines’ for one week.  Episode one of the series will be available for free on Fox on Demand with TV providers. It can also be streamed for free on Fox.com, Fox Now, Hulu and FaceBook for free.   You can also access it on Amazon Instant Video, Google Play, PlayStation® Store, VUDU and Xbox Video.  The series officially premieres Thursday May 14 at 9 PM on Fox, across more than 126 simultaneously, making it the largest day-to-date launch of a scripted series ever worldwide.  Based on Blake Crouch’s international best-selling book series, the 10 episode psychological thriller series is adapted for TV by Chad Hodge. M.Night Shyamalan is executive producing.