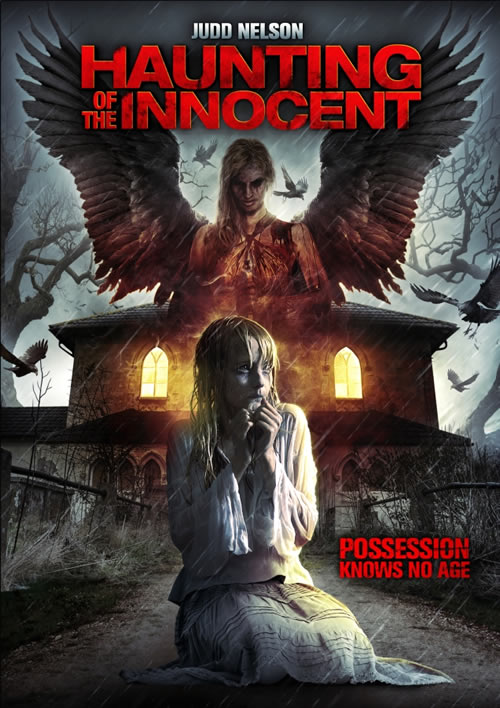 Four New Stills Released for Haunting of the Innocent

Haunting of the Innocent, from director Matt Hish (The Blackout) and producer Autumn Federici (Murder Eleven), is moving closer to its release date. This title will be available on DVD and Video-on-demand formats in late January of 2014. A trailer for this feature will also be released in the New Year. Now, four new stills have been release for this supernatural thriller!

The photos show cast members on the set of Haunting of the Innocent. Actress Hannah Crowley is shown in costume as the film’s dark angel, Beyla. Beyla is one of the film’s villains, who torments a new family, residing in a small New England town. As well, the character Tom (Rib Hillis), a young father, is shown on the run from an evil entity. Horror fans can piece more of the film’s story together, with these exclusive stills.

Official Synopsis: Desperate to reconnect with his wife and son after a violent attack leaves them fear-stricken and traumatized, a father moves his family to a sleepy New England town and finds himself in a fight against supernatural forces hell-bent on tearing them apart.