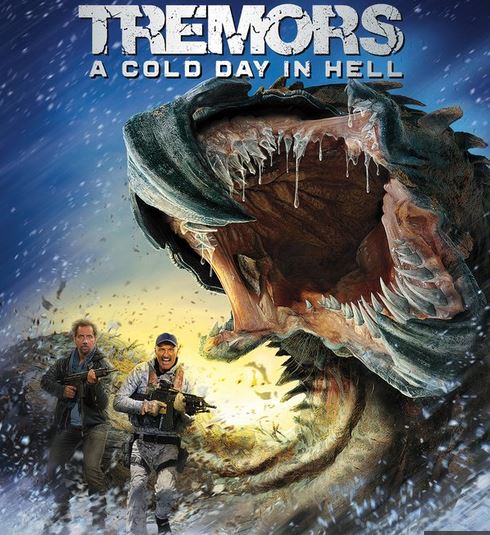 If you’ve felt some rumbling beneath your feet in the last few days, it may not be just those pesky earthquakes that seem to be more prevalent around the globe.  On Tuesday Universal Pictures released the first official trailer for the next installment in the Tremors timeline Tremors: A Cold Day in Hell, which will be the fifth sequel to the 1990 cult favorite.  The release was announced by actor Michael Gross on his main Facebook page, complete with link (see below.) 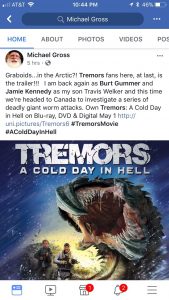 The Tremors 6 project was initially announced back in September of 2016, again on Gross’ Facebook page.  Also included in the cast and joining Gross’ mainstay lead character Burt Gummer is Scream‘s Jamie Kennedy and Lost Boys: The Thirst star Tanya van Graan.  In this installment, Gummer and his son Travis Welker (Kennedy) travel to Canada to investigate a series of giant worm attacks which have confounded locals.  Tremors 6 was directed by Don Michael Paul, who was also involved in the most recent sequel, Tremors 5: Bloodlines.

It appears that principal photography on set in South Africa may have taken longer than anticipated.  Back in April of 2017, Gross again via his Facebook page (otherwise known as Tremors news central) let it slip that the original release date was supposed to be January 30th, 2018.  Obviously that was not the case, as the new official release date for the film is now May 1st of this year.  While it may not have hit the first release target, Gross and the gang are hoping that the extra time will be worth the wait.  Here is the just-released trailer: 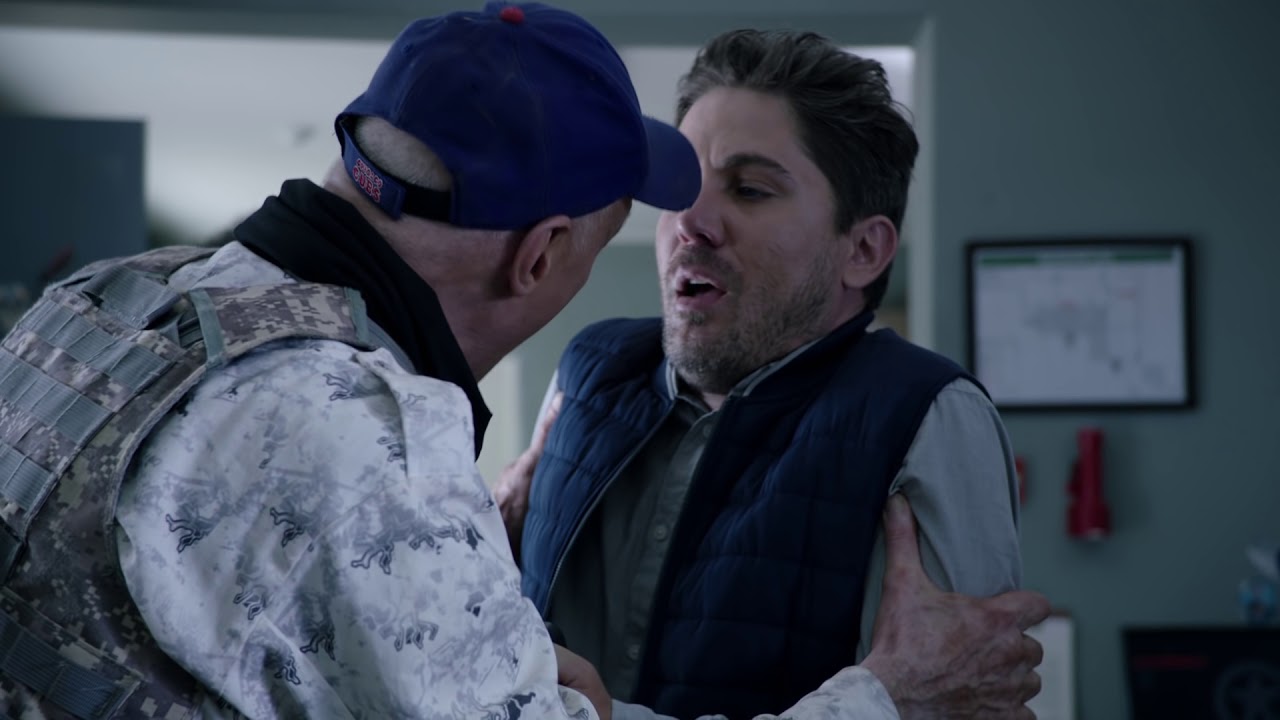 As mentioned, Tremors: A Cold Day in Hell is scheduled for wide release on May 1st.  Confirming earlier rumors about a possible theatrical release were untrue, it will be released on Blu-Ray, DVD and digital media only.

Stay tuned to HNN for more news on Tremors 6 as it breaks! 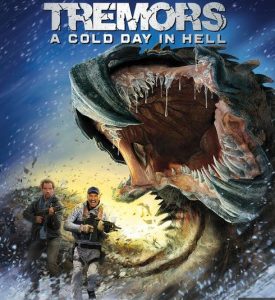