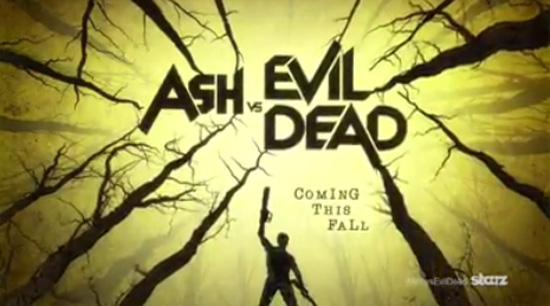 The first teaser and key are for ‘Ash vs. Evil Dead’ from Starz was released today. Bruce Campbell and Lucy Lawless star in the ‘Evil Dead’ sequel.  Bruce Campbell is reprising his role as Ash, who has been avoiding growing up for thirty years, when he is forced to take on a Deadite who threatens to destroy the human race. Lawless is playing Ruby, who is on a quest to hunt down the source of the evil outbreaks. However, she believes Ash is the source of it. Jill Marie Jones, Ray Santiago and Dana DeLorenzo are also cast in the 10 episode half-hour series, which is expected to premiere in late 2015. Production is beginning soon in New Zealand. Sam Raimi is directing the pilot. Raimi, his brother Ivan Raimi and Tom Spezialy co-wrote the pilot. Craig DiGregorio is executive producing, with Ivan Raimi co-executive producing and Aaron Lam producing.

You can view the teaser on the Starz Official Facebook page.