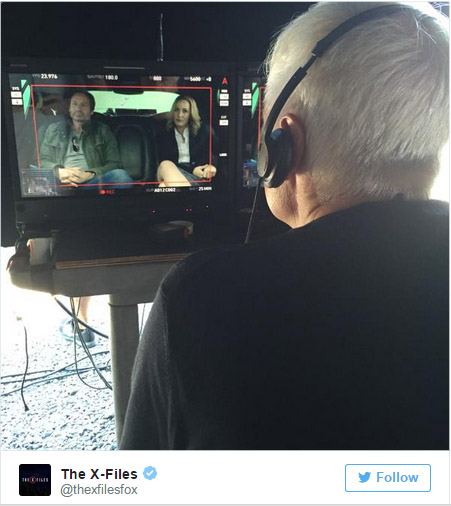 The social media sites for the upcoming ‘The X-Files’ revival series have posted the first on-set photo of Mulder (David Duchovny) and Scully (Gillian Anderson).  The event series began production this week. The stars of the show, along with show creator Chris Carter, who is directing the first hour of the series, are documenting the process of filming the new series via their social media accounts.  More than a decade after the show’s finale, ‘The X-Files’ is returning to Fox in January for the six-episode event series.