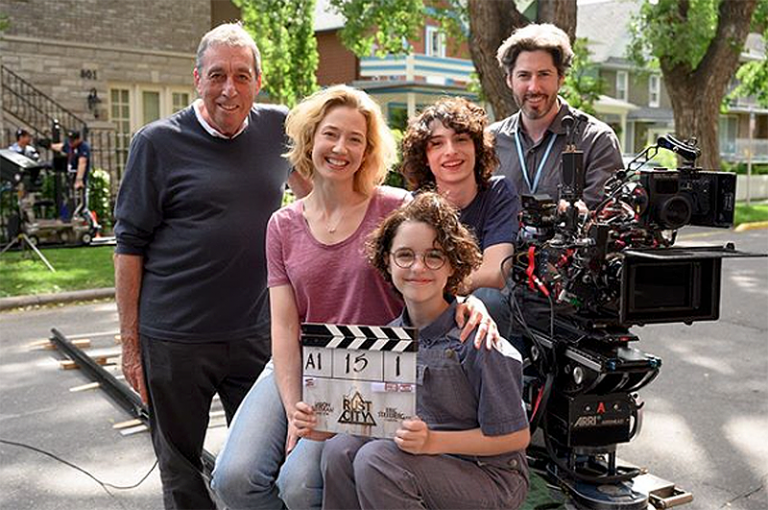 Director Jason Reitman took to his Instagram to officially announce the commencement of filming on Sony’s Ghostbusters 2020 in Alberta, Canada with a first look photo featuring stars Mckenna Grace, Finn Wolfhard and Carrie Coon in character. Reitman appears also in the photo, alongside his father Ivan Reitman who directed the first two Ghostbusters films.

Grace, known also for her roles in Captain Marvel and Annbelle Comes Home, will star in the 2020 film along with Finn Wolfhard (Stranger Things and 2017’s IT). Carrie Coon (The Leftovers) will play their mother. Sigourney Weaver recently confirmed that she and the original cast were reprising their roles for the sequel.

Although official plot details have not been released, the story is set in the world created in the first two Ghostbusters films.