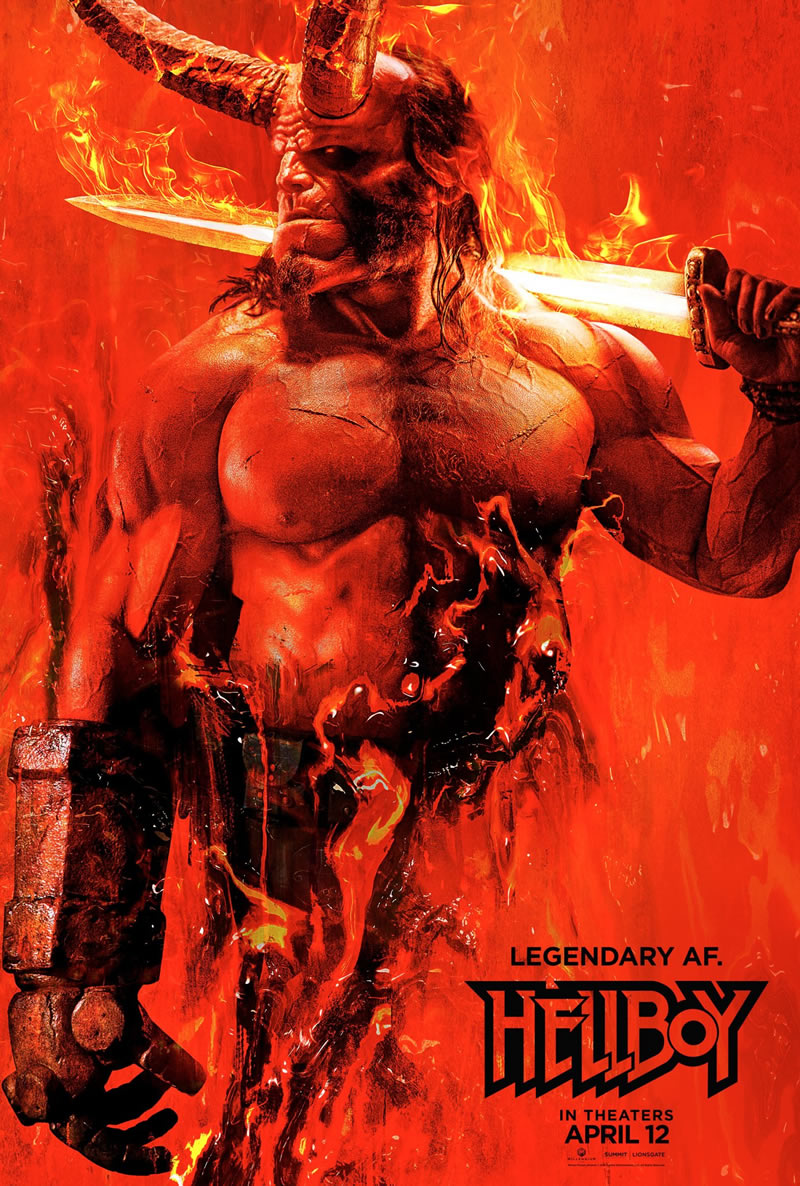 Just a few days ago we announced that the Hellboy movie has been pushed back to Spring of 2019. While it was disappointing that fans of Big Red would have to wait a while longer to see their favorite demon on the big screen, they got a treat yesterday as Entertainment Weekly shared the official poster for the film. Hellboy is seen in all his glory, complete with full horns and sword.

David Harbour steps into the role of Hellboy in a film directed by Neil Marshall. Milla Jovovich, Ian McShane, Daniel Dae Kim, and Sasha Lane round out the main cast whose plot is based on the comics by Mike Mignola, Hellboy, caught between the worlds of the supernatural and human, battles an ancient sorceress bent on revenge.

Keep it locked to Horror News Network for more news on the upcoming Hellboy film.