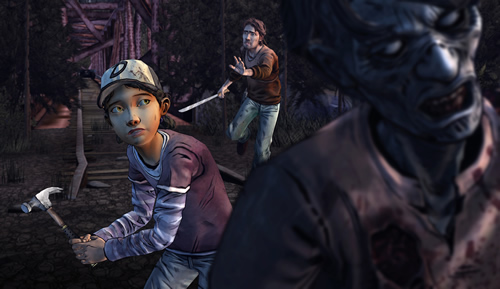 Take a look at Luke and Clementine as they fight their way through the herd.

The game publisher will release more details this week on the upcoming episode. They also went on to tease that “If you haven’t already played The Walking Dead 400 Days DLC for Season One, well… let’s just say that’s something you you might want to check out before this season continues”.