First Images Of ‘Bones And All’ Drop Before Venice Debut

Bones and All–a new “cannibal love story”–will have its world premiere at the Venice Film Festival which runs from Aug. 31-Sept. 10, and the first two images dropped this week. Check out the photos–courtesy of Deadline–on this page. 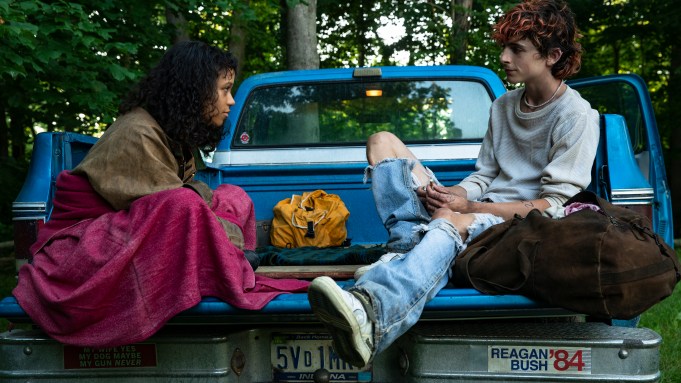 The film–which does not yet have a release date–is based on a novel by Camille DeAngelis. The storyline follows Maren Yearly (Taylor Russell) “on a cross-country trip as she searches for the father she’s never met in an attempt to understand why she has the urge to kill and eat people who love her,” according to the synopsis.

Russell is joined in the cast by Timothee Chamalet (Dune), Mark Rylance (The Trial of the Chicago 7), Andre Holland (Moonlight), Michael Stuhlbarg (Doctor Strange in the Multiverse of Madness), Francesca Scorsese (The Departed), Anna Cobb (We’re All Going to the World’s Fair) and Chloe Sevigny (American Horror Story).

Keep reading Horror News Network for the latest on Bones and All.