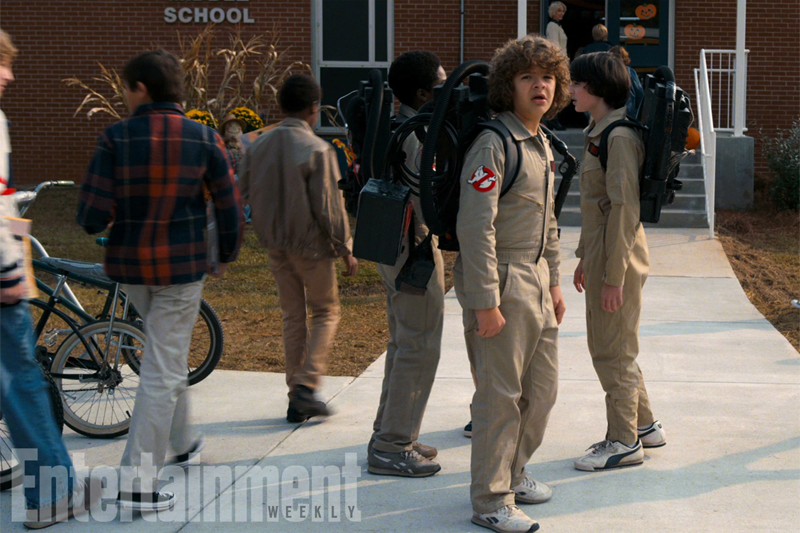 This weekend promises to be a big one for fans of Netflix’s Stranger Things who are eagerly awaiting new details on Season Two of the show. Netflix will be airing a highly anticipated ad during the Super Bowl. To kick things off (see what I did there?), Entertainment Weekly has revealed the very first image from the upcoming season, which will also appear in the commercial. To view the entire image, click the thumbnail up top.

It looks like Ghostbusters mania has come to Hawkins Middle School just in time for Halloween! The season takes place one year after Season One, which places the characters smack dab in October, 1984. Ghostbusters hit theaters on June 8th, 1984, becoming a smash hit and creating super fans across the country. Little do these characters know, they’ll be able to enjoy The Real Ghostbusters cartoon by Season Four!

Little is known about the premise of Season Two, but executive producer Shawn Levy had this to say to Entertainment Weekly:

“The Demogorgon was destroyed but evil wasn’t.”