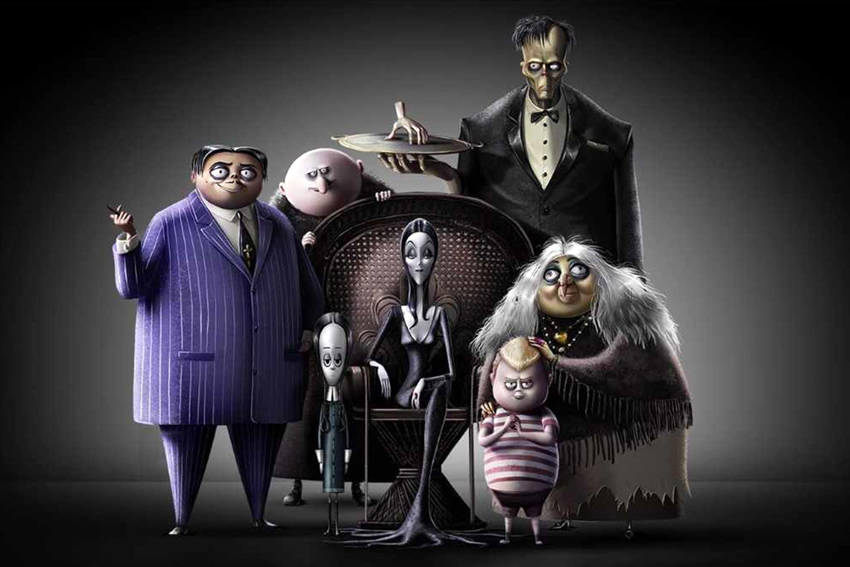 According to Deadline, MGM has solidified the voice over cast for the upcoming animated reboot of The Addams Family. Joining the previously announced Oscar Isaac (Gomez) will be a star-studded cast including Bette Midler as Grandmama, Charlize Theron as Morticia, Chloe Grace Moretz as Wednesday, Finn Wolfhard as Pugsley, Nick Kroll  as Uncle Fester, and Allison Janney as Margaux Needler.  In addition to the voice cast being announced, MGM also released the first image from the film which is being directed by Conrad Vernon and Greg Tiernan both of Sausage Party fame.

Created by cartoonist Charles Addams, The Addams Family first made their debut in a series of comic panels for The New Yorker back in 1938. The creepy and kooky family was  hit with readers and eventually was turned into a legendary TV series in the 1960s by ABC.  Since then, the popularity of the brand continued to grow spawning Addams Family movies, cartoons and more.

For fans of the macabre, the characters have becoming nothing short of iconic. The film is scheduled for release in October of 2019.