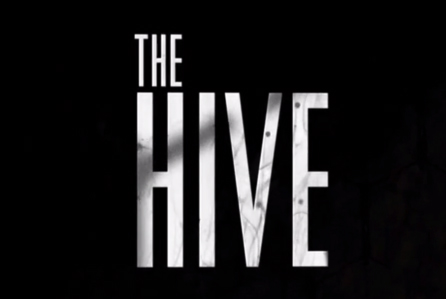 First Film From Nerdist, ‘The Hive’, Headed to Comic-Con

Deadline exclusively announced today that Chris Hardwick’s Nerdist Industries has entered the movie distribution world with it’s first film.  They have acquired the sci-fi horror film ‘The Hive’ from director by Dave Yarovesky, which premiered at last year’s Fantastic Fest.  Gabriel Basso stars as a counselor Adam working at Camp Yellow Jacket which descends into chaos.   He wakes up to a boarded up cabin with no memory of who or where he is. The only clues he has to follow are notes he wrote on the walls himself, and a disturbing physical transformation.  Now the only memories he has are not his own. The film co-stars Kathryn Prescott, Jacob Zachar and Gabrielle Walsh.  ‘Nerdist Presents The Hive’ was written by director Yarovesky alongside Will Honley.

Hardwick spoke about them film saying “This movie is so much damn fun.The first time I saw it, I was blown away by how fresh and inventive the story was, which is no small feat in horror. I knew right away I wanted to help get this movie into the eyes and earholes of horror fans.”

Granat said “We are thrilled to have the Nerdist Presents brand on The Hive. The Nerdist team reminds me so much of the early days of Dimension in that they are aggressive, smart, innovative, in touch with their audience, and focused on creating new rules to marketing.”

‘The Hive’ will be released this fall in theaters and digital. Nerdist and the film will be at San Diego Comic-Con July 10 and 11.