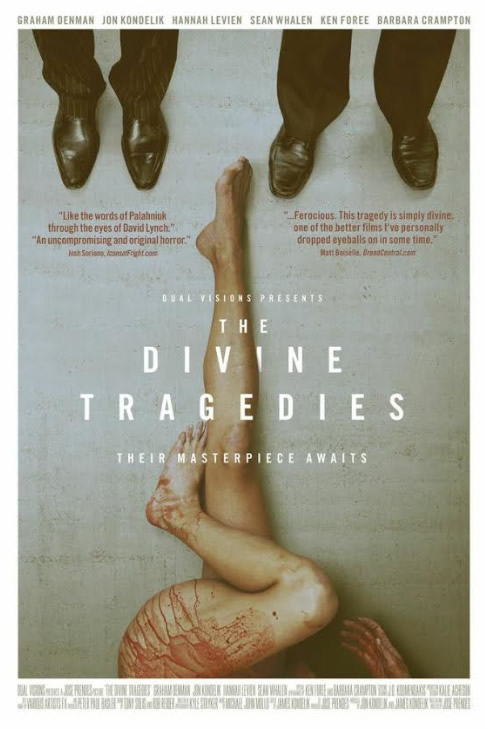 A “final trailer” has been revealed for “The Divine Tragedies.”

Producers and brothers Jon and James Kondelik have revealed more from their “serial killer fever dream” The Divine Tragedies. The second trailer for the film shows more of the film’s story and more of the plot’s central conflict. Two psychotic brothers have plans to pull off the perfect murder. But, Detective Homer Gaul (Ken Foree) has other plans for the brothers as seen in this exclusive clip.

Watch the new trailer on Vimeo.