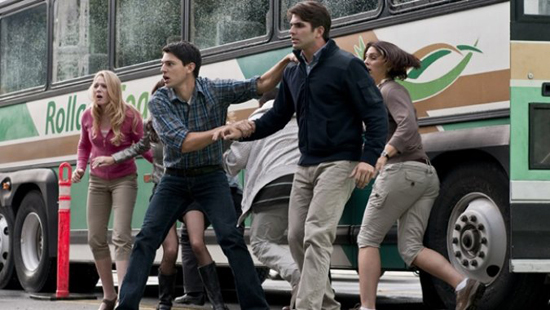 Today The Hollywood Reporter exclusively reported that ‘Final Destination’ creator Jeffrey Reddick is set to direct his first feature film. Reddick will direct ‘The Final Reel,’ a horror film about a director who torments the people of a small town with his ability to alter reality through film. Reddict is writing the screenplay. Matt Nicholas’ new company Rebel Maverick will be producing the film. Reddick wrote the first film of the ‘Final Destination’ franchise, which was released in 2000. He also recently wrote and directed ‘Good Samaritan,’ a short film starring Rainn Wilson.