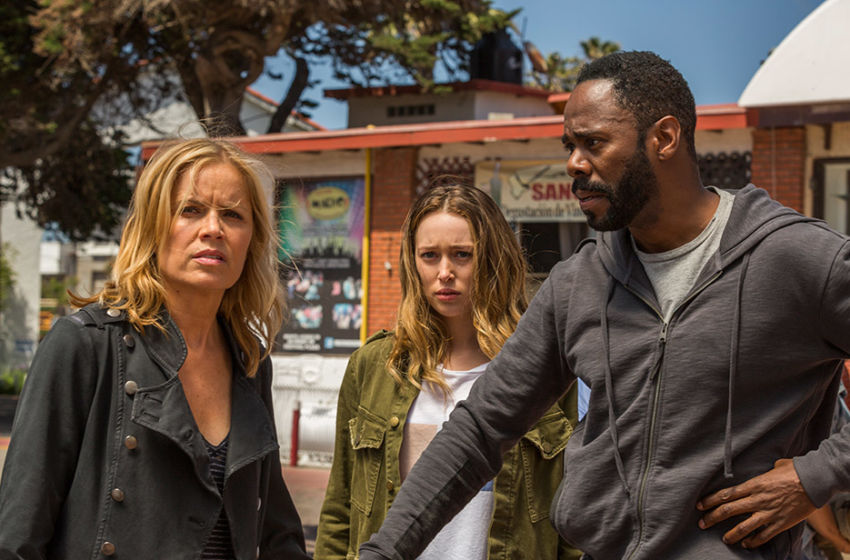 October 23rd, 2016 will see the long-awaited return of The Walking Dead to Sunday night television.  The anticipation of the “Who Shot J.R.” angle involving Neegan, a baseball bat, and a fateful swing will soon be revealed for the rabid fan base.  The grimy group of zombie killers that fans have grown to love will soon be back in action.  And I am here to tell you that even though I am looking forward to the new season, I am looking forward to the continuation of Fear the Walking Dead even more so.  The two-part season finale of Fear the Walking Dead (episode 14 “Wrath” and episode 15 “North”) effectively sets up the future of the series and in many ways, is the superior television program of the two franchises at the moment.

Yes, I said it.  Fear the Walking Dead has surpassed the parent show in terms of realistic dramatic elements and characterization.  I know this is a sacrilegious statement for legions of TWD fans, but this two part finale clearly demonstrates the advantages that Fear has over the “original recipe”. 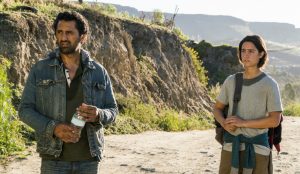 Above all, Fear the Walking Dead is about the destruction of the nuclear family and these episodes bring this idea home in a jarring and substantial manner.  The dedication of parents Madison Clark (Kim Dickens) and Travis Manawa (Cliff Curtis) strains some viewers’ patience, and their actions are sometimes chalked up to bad decision making or most often cries on internet message boards of “Why did they do that!?! That doesn’t make sense in a zombie apocalypse!!”

While the decision don’t make logical sense, they do make sense for parents.  The situation that the parents are placed in, particularly parents with teenagers in this world as opposed to toddlers, are horrific.  How do you let your mentally unstable son (Lorenzo James Henrie’s Chris) leave with a group of maniacs?  Why do you spend so much time searching for the unpredictable, “lost” son (Frank Dillane as Nick) when a faithful daughter (Alycia Debnam-Carey’s Alicia) has stood beside you during the entire crisis? These are the decisions made by flawed people who do not know how to stop loving their flawed children.

Both “Wrath” and “North” are some of the most graphic episodes in the history of either series.  While they contain typical zombie violence, they aso contain several examples of “body horror” and hasty surgery that forced me to look away from the screen.  The fact that the people in jeopardy are also sons and daughters serves as a metaphorical severing of the family and leads to the animalistic behavoir of the remaining fathers, mothers, sons, and daughters.  When Travis fulfills the revenge fantasy of any parent who’s child has been harmed by any type of outsider, the fans cheer his cold blooded switch.  When his “wrath” leads to the inadvertent destruction of someone else’s innocent family member, the cost of revenge becomes all that much greater. Families that once cooperated and saved each other are now turned into bitter enemies as the concept of family continues to degenerate under this new world order.

While the episode leaves viewers with a wide variety of sub-plots and a much wider canvas (in terms of setting the backwoods of Georgia can’t hold a candle to the entire West Coast) to explore, the characters are forced to become hardened to the new normal, but they seem unlikely to devolve into a familiar group of “tough guys” who seem ready to handle any situation with an edged weapon (The Walking Dead certainly has the market cornered on “the bad ass character” with Rick, Daryl, Carl, Michone, Carol, Abraham, Morgan…you get the idea).  I hope the parents will continue to act like confused, scared individuals and that the children will both run to and from their parents, seeking some small form of solace in a dangerous world,  for this makes the series more believable and more engaging than the series that spawned it.