Can there be anything left after a nuclear zombie apocalypse?

Horror fans still have to wait about a month for that answer. Season 7 of AMC’s Fear the Walking Dead premieres Oct. 17, according to comicbook.com, but a wild trailer for the new season–seen on this page–may shed some light on what lies ahead.

Ian Goldberg, co-showrunner of the spinoff of The Walking Dead, may have offered the best explanation of the fateful events of the Season 6 finale that showed Teddy Maddox (John Glover) detonate 10 nuclear warheads.

“We have effectively blown up this area of Texas,” Goldberg said. “It’s going to be a completely new reality for our characters to reckon with. We’ve seen them grow very formidable, (but) now it is a whole new game with the apocalypse.”

Fear the Walking Dead–led by showrunners and producers Goldberg, Scott M. Gimple, Andrew Chambliss, Robert Kirkman, Gale Anne Hurd, Greg Nicotero and David Alpert–will show how the survivors “decide what ‘The Beginning’ will look like,” according to the official synopsis. “And they’ll have to do it in a world devoid of light and hope–where the outside air is just as deadly as the Walkers they face.” 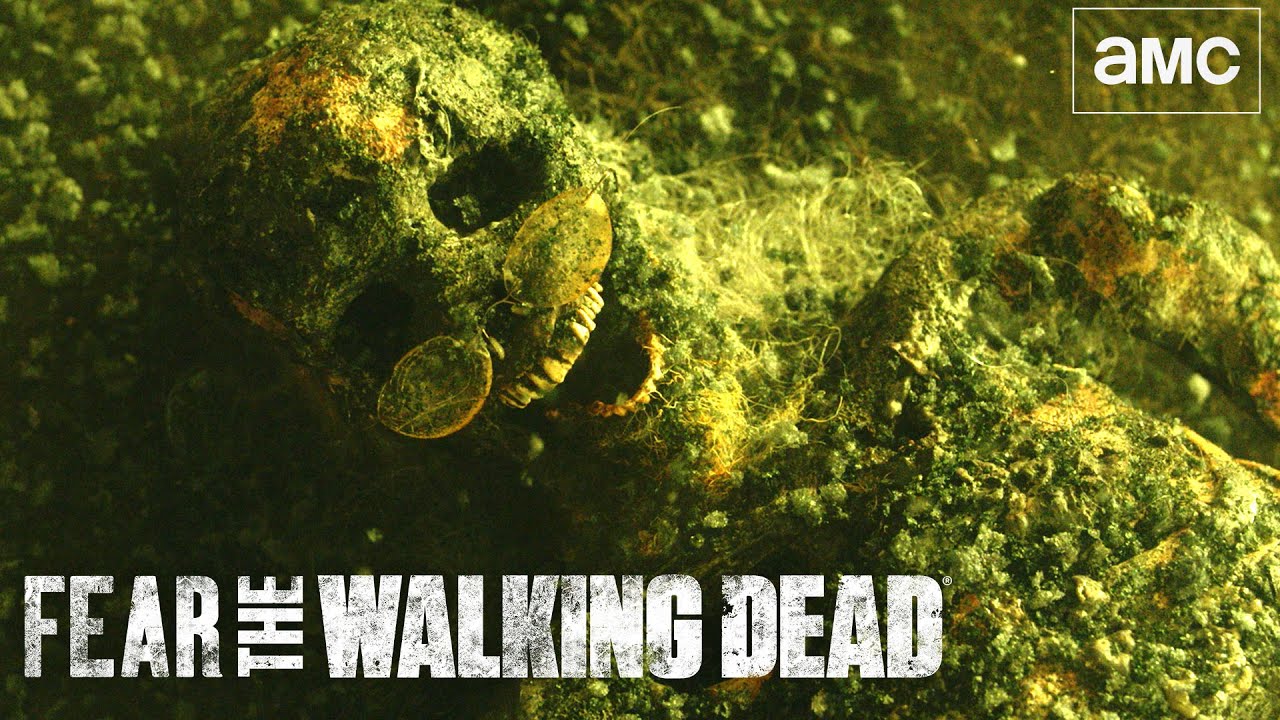