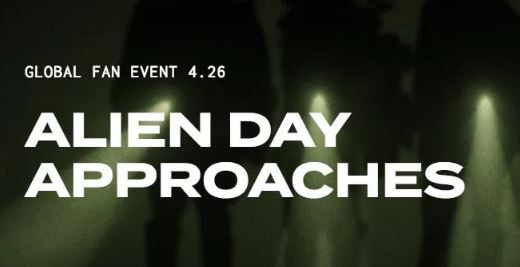 FANtastic fun to be had on April 26th for “Alien Day”

In anticipation of Ridley Scott’s latest addition to the franchise, Alien: Covenant, tons of fan activities haven been planned including an interactive trivia challenge, a fan art contest, new merchandise reveals and even a live-streaming event to be broadcasted from Fox Studios in Los Angeles featuring cast members from the film!

Fans can head to the website AlienUniverse.com for more information on how to enter the contests and tune in for the action.

Alien: Covenant is set for release on May 19th. Keep it locked to Horror News Network for more awesome news about the film as it happens.