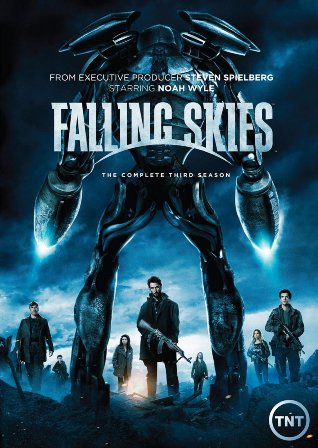 The #1 hit TNT series Falling Skies is back with all ten 44 minute episodes from the series 3rd season, plus 3 hours of Special Features! Falling Skies season three opens seven months after the 2nd Mass arrived in Charleston. Tom (Noah Wyle) has been elected as a political official of Charleston, but he has his hands full as the resistance continues to battle the alien invaders. The newly formed alliance Tom formed with a new alien race gains them their first real advantage in the war against the invading Espheni.