The fall TV shows just keep premiering as fast as we can watch/record them. October is a long month so we are breaking this segment into two parts. 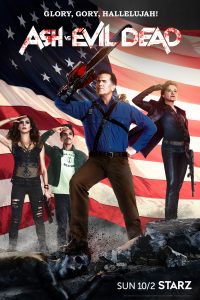 Ash is back again, baby! In fact, things are getting serious now because this guy is taking us home and introducing us to his father. And we thought we were just going to have some laughs and kill some deadites. This season of Ash vs. Evil Dead opens with Ash’s attempted life of retirement with his friends Pablo and Kelly going horribly wrong in the way it always does with our favorite anti-hero. What follows is a trip to Ash’s hometown of Elk Grove, Michigan, where Ash will try to right the wrongs of his past. Part of that is meeting up with a former sweetheart, Linda B. (Michelle Hurd) and trying to find common-ground with his father (Lee Majors). Although this may sound like a typical drama, let’s remember that this is the Evil Dead universe and nothing happens without buckets of blood, relentless snark, and violence that will make you both laugh and gasp. If you didn’t see Season 1 yet, get caught up now and get ready for Season 2! 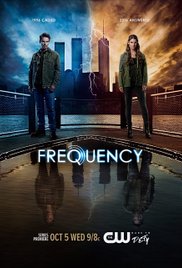 Based on the movie of the same name, Frequency will try to make this premise work for a whole season. Similar to “The Exorcist” is has the challenge of making a known movie into a series. Also like other shows debuting this season, the show will deal with the consequences of changing the past. The show will focus on not just changing history, but remaking the relationship between a father and daughter. This show may quickly fall out of the horror category, but for now we will give it a try.

A horror anthology show is coming to Syfy! Channel Zero follows the concept of creepypastas, which are horror urban legends that have grown due to Internet sharing. This show will follow one such legend, “Candle Cove,” for its first season. The season will focus on the memories of people that watched a particular television show as children and how it is affecting one man in particular. If you like the anthology format of American Horror Story, e.g., knowing that the story will wrap at the end of the season and not carrying on for years, you might want to give this show a try. The 2017 season has already been announced showing Syfy’s commitment to the project.

Stay tuned for Part 2 of the October premieres coming in mid-October.