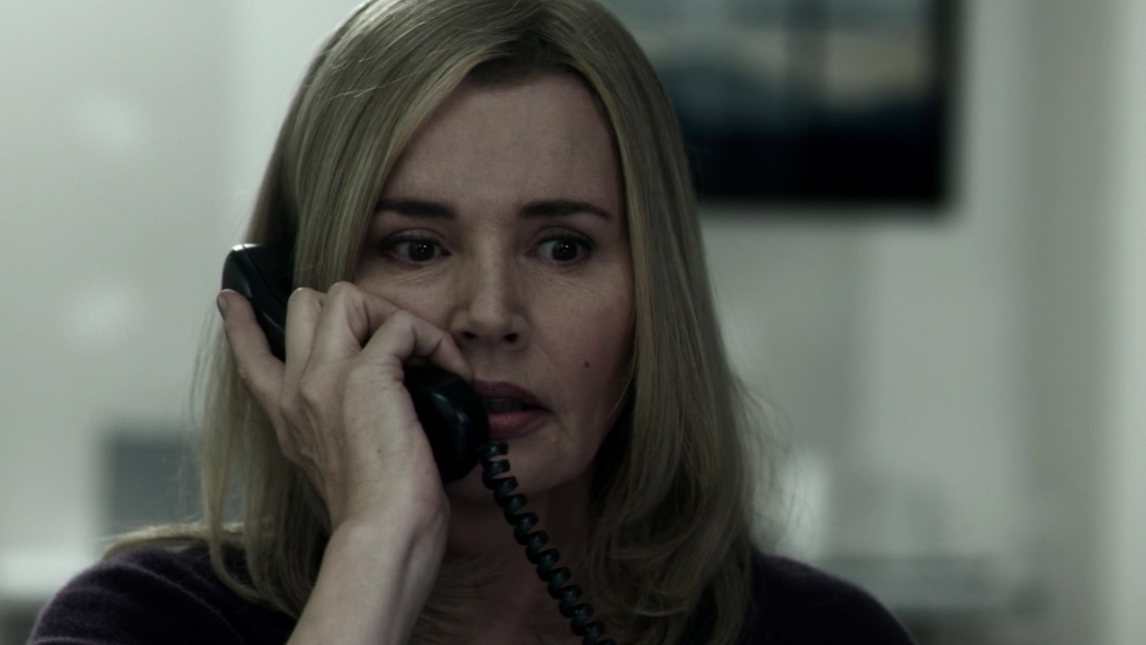 The Exorcist: The Series “Star of the Morning” Episode Review 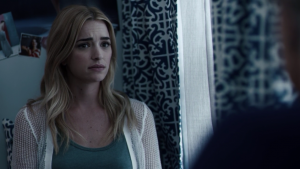 Two weeks since its series-altering surprise reveal, Fox’s The Exorcist returned to television this Friday with “Star of the Morning,” an episode which solidly builds upon this new surprising development. Last episode’s review avoided spoiling the major twist to give readers time to catch up with the series, but now it’s time to dive in!

In Episode Five, it is revealed that Geena Davis’ Angela Rance is really Regan MacNeil of the original The Exorcist film. While this twist explains some things, like why Angela’s mind jumped right to “possession” as soon as things started going wrong in her house; this change to the series mid-season could end up taking away from what has been built so far if the showrunners are not careful. Based on this week’s developments, it seems like the show is looking to build directly off of the first movie… potentially ignoring the mediocre Exorcist II: The Heretic and the slightly better The Exorcist III. We learn that Regan changed her name in an attempt to start fresh after her mother, Chris MacNeil, exploited her possession story for financial gain. No one, not even her husband Henry (Alan Ruck), knew of her secret, and this naturally allows for a lot of resentment and conflict between the various characters once it is known that Angela could have potentially been a better help in curing Casey (Hannah Kasulka) had she been completely honest about all of the variables. 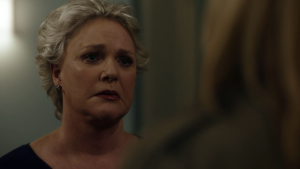 It’s clear that a decision like this could reek of fan service (Captain Howdy is even mentioned by name), and it could even look like a cheap stunt to attract new viewers if not properly handled. Fortunately, “Star of the Morning” uses the twist to build on the foundation already established by the series. The characters we have grown to care about are still here, and this new wrinkle has only fueled meaningful character development and encounters so far. While it isn’t exactly the Chris MacNeil of the original film, Sharon Gless has done a nice job of filling the role so far. We see a sympathetic side to her when Kat (Brianne Howey) and Angela each respectively grill her about her past actions; but we also see her fall right back into bad habits when she invites a reporter into the Rance household without Angela’s knowledge or permission. The inclusion of Chris into the family, especially at this troubling time, is surely going to allow for more dramatic turns as the season progresses. 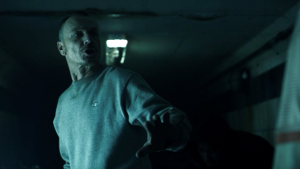 In addition to top-notch dramatic performances, this episode features numerous creepy and thrilling moments. One dream sequence involving Angela, a phone call, and a classic “right behind you” gag is particularly stunning for a TV-14 television show. Ben Daniels’ Father Marcus, never afraid to get down and dirty, is willing to go as far as he must to rescue Casey, and his drive takes him to a particularly frightening location. The viewers take in all of the sights as Father Marcus goes deeper and deeper into one of the most horrific locations we’ve seen on the show so far. One element that pushes the homage count a little too high this episode is the inclusion of the famous spider walk, which feels too derivative for its own good at this point after being featured in numerous exorcism stories since the original movie. Fortunately, the moment is redeemed by the wildest baptism viewers have seen since Detective Van Alden gave it a shot in Boardwalk Empire!

The subplot involving the actions of the mysterious cult is nicely developed in this episode. While some of it feels little too much like Rosemary’s Baby at some points, the show does a nice job of adding unique touches like the eerie double pupils that keep popping up. The fact that key religious figures are involved ramps up the level of intensity of the show. It’s one thing when evil homeless people were murdering the folks of Englewood in prior episodes, but it’s a different beast entirely when church officials and high profile donors and public officials are also involved in these sacrilegious activities. The series is not afraid to push the envelope, as evidenced by several shots depicting where the organs of the murdered souls end up. Viewers should be both curious and a little concerned to see where this is headed as we get closer and closer to the arrival of The Pope in Chicago. 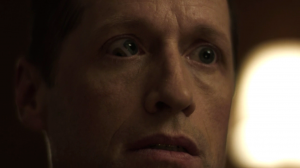 Demonstrating a level of perspective and maturity not found in other horror-themed television shows, The Exorcist spends time delving into deeper societal issues with its storytelling. There is a certain kind of class warfare suggested by the way that the wealthy and the influential seem to have more control over these supernatural happenings than the rest of society. The victims of the cult have exclusively been poor minorities, and one scene points out how they’ve been forgotten while Casey’s disappearance results in a press release with a former celebrity and a massive cash reward for information leading to her being found. Just as the original film touched on college campus protests and the experience of being a single mother in the seventies, the television series is beginning to present a sophisticated level of social consciousness.

All in all, “Star of the Morning” is another solid episode of The Exorcist television series. It’s smart, it’s complicated, it contains a variety of strong performances, and it proves that it’s not willing to throw in the Regan MacNeil plot twist without being prepared to use it to reach new dramatic and horrific heights.