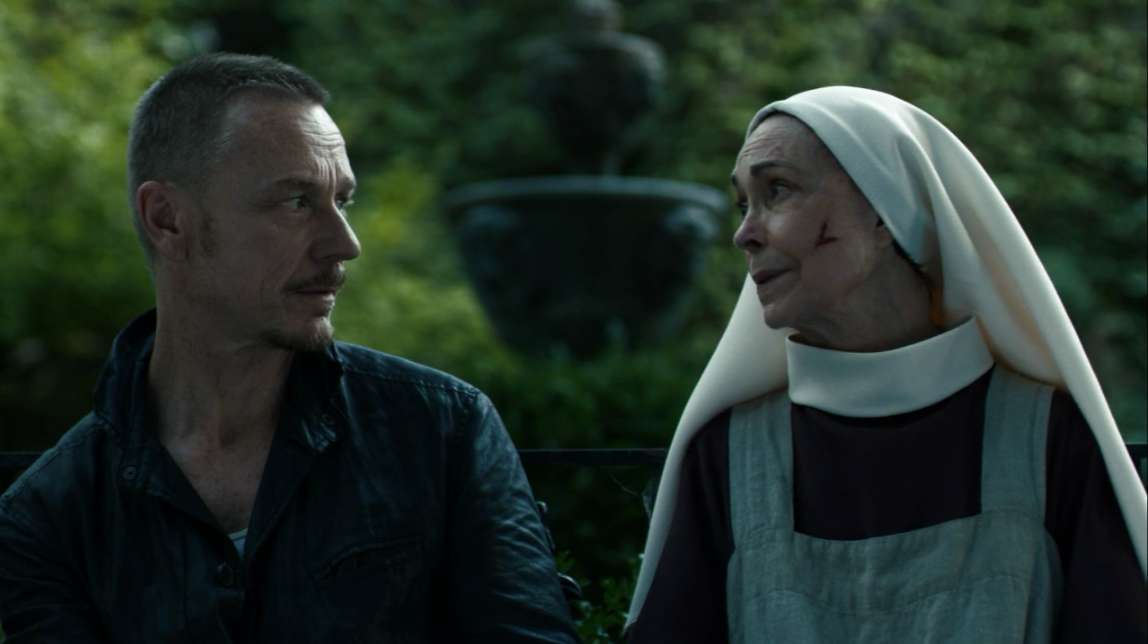 The Exorcist: The Series “The Moveable Feast” Episode Review 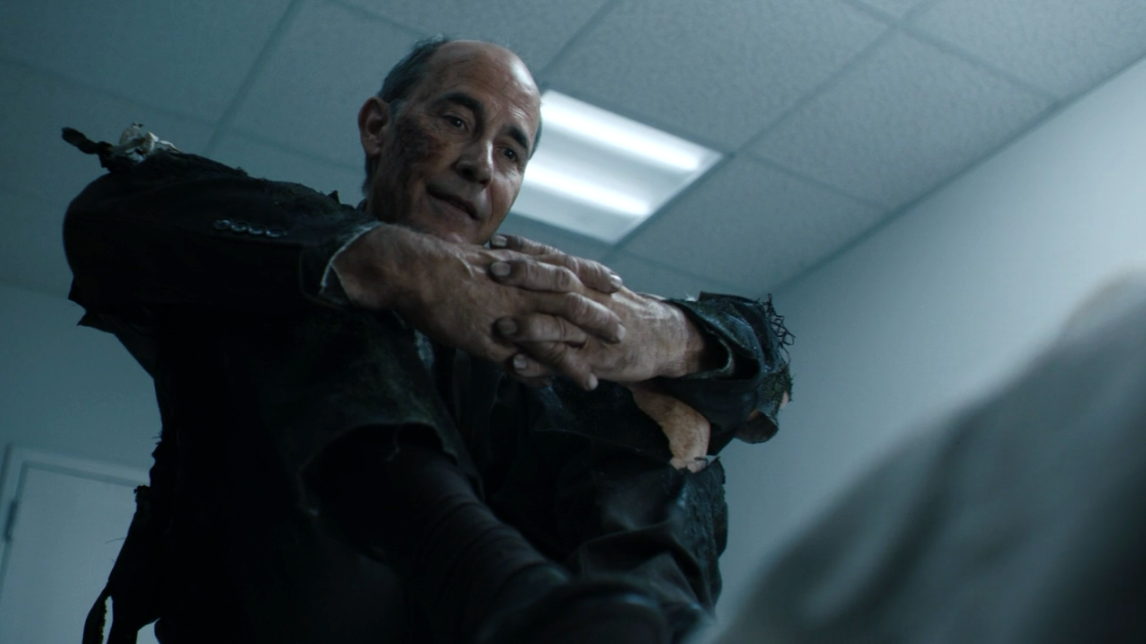 The Salesman’s (played by Robert Emmet Lunney) grip on Casey (Hannah Kasulka) tightens with each new scene of this episode. As his intentions become more and more clear, his physical appearance, voice, and actions start to resemble his true form. This once charming and subtle salesman reveals his brown teeth and tattered clothing, looking more and more like a salesman who never left Circuit City in the seven years since its closing! His transformation is entertaining to watch, and viewers can’t help but empathize with Casey as she realizes how little control she has over the situation.

Medical horror, a staple of the 1973 original film, makes its first appearance in the series in full force. Hannah is subjected to all sorts of unnecessary tests as numerous medical professionals bumble around and perform painful procedures on
her, completely unable to diagnose her or help her. An interesting storytelling touch to the series was making the hold legally necessary due to Hannah’s “incident” on the train last episode. This allows for a divide within the family
because her sister (played by Brianne Howey) and her parents (Geena Davis and Alan Ruck) have opposite opinions 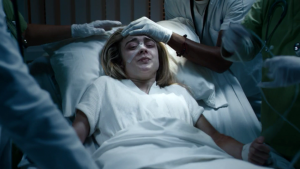 about whether or not Casey needs medical attention. It also allows for Davis’ Angela Rance to demonstrate her motherly instincts, exhausting every possible avenue to get her daughter out of the hospital bed and into the hands of the priests she believes will help her daughter. Kat’s skepticism is an interesting touch, and viewers may be curious to see if it plays a role in how the exorcism will unfold in the coming episodes.

This episode splits up Father Tomas (Alfonso Herrera) and Father Marcus (Ben Daniels), allowing the viewers greater insight into their personalities on their individual journeys. Father Tomas continues to struggle with his personal feelings and autonomy in relation to his responsibilities to his role as a priest and to the individuals who make up the hierarchy of the church. The multiple shades of grey involved in the issues that plague him cause the viewers to root for him even when he isn’t acting too fatherly. Meanwhile, Father Marcus visits a local convent to observe the work of a prolific nun shortly after being excommunicated from the church. The story takes a unique turn as he rethinks his process, easing up on his more aggressive form of exorcism and learning the matriarchal techniques of patience and love under the Virgin Mary. These are big steps for a man who famously pointed a gun at a fellow priest in the pilot episode. 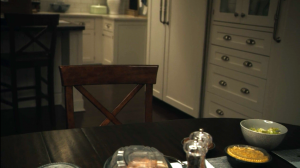 It’s worth repeating that this show continues to demonstrate the qualities of a premium cable drama as it progresses. The cheap CGI effects and ham-fisted references to the source material in the pilot episode have all but disappeared, and viewers are left with a show that wants to take time to breathe in order to fully present the development of
characters and of complex themes. The show continues to make clever choices about what it shows on screen to convey ideas. As the Rance family eats dinner while Casey is stuck in the hospital, the camera lingers on her empty chair, hinting at the fractured nature of the household. There are a surprisingly small number of scenes for an hour long episode, but it managed to breeze by at a quick pace due to the script and the work of the actors.

Not taking itself too seriously, the episode ends with Father Tomas and Father Marcus preparing Casey’s room for the first round of her exorcism. They are really starting to gel as characters, and the soundtrack and their actions present them as cool dudes who almost conjure up the thought of some famous Tarantino character pairings as they get down to business and start transforming the bedroom. With a closing line like, “Let us begin…” I can’t hardly wait to see what comes next!