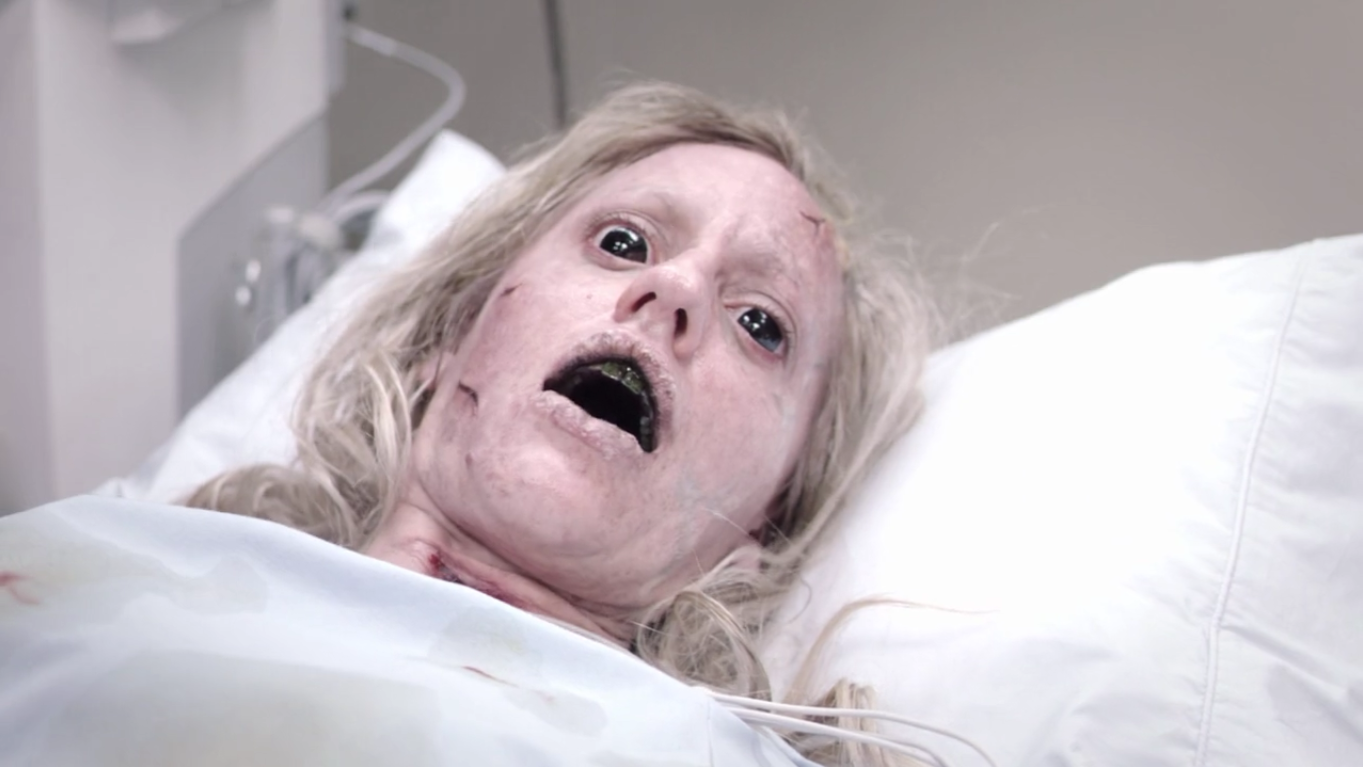 I keep hoping that- just like last year- an episode of Fox’s The Exorcist is going to air that makes me jump up and say, “This is the best horror show on television!” Unfortunately, while Episode Two shows some improvement over last week’s installment, this episode ain’t it. 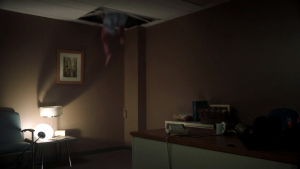 In last week’s review, I kept preaching about how the series needs to return to the subtle scares which made it so special last season. With that in mind, I’m sure you could imagine my reaction when a possessed woman caused an entire hospital to evacuate (except the staff forgot about the babies), murdered a man, skittered up to the ceiling and scampered around in the ventilation ducts like an Aliens xenomorph, and then returned to her hospital bed with no questions asked after being exorcised by Father Tomas and Father Marcus.

The entire “Tomas (Alfonso Herrera) and Marcus (Ben Daniels) in the deep south” bit seemed even more inessential by the time it reached its conclusion because it didn’t show us anything new about these characters or the overall plot of the show. We learn that Marcus is angry and afraid of Tomas’ unconventional exorcism methods which involve getting a little too close to the demon… but we knew that ever since his little “incident” with Casey Rance (Hannah Kasulka) last season.

A new side story in Rome gives Kurt Egyiawan time to shine as Father Bennett; but by the time the episode ends, all we learn is that there’s a big conspiracy in the Catholic church… something we already knew at least seven episodes back. Given the series’ low ratings, it’s obvious that Fox wants to draw more viewers in with these new scenes which recap old storylines- but this time with shiny new action scenes- but these scenes are preventing the series from moving forward with what should be its new and interesting setting and storyline. This season is supposed to be about Andrew Kim’s (John Cho) foster home, but the episode keeps cutting away from the mysterious island off of Seattle to show us unnecessary action scenes which are interfering with the pacing of the show.  In Episode 2, almost every commercial break ends with some kind of “surprising” scare gag that you’re bound to forget by the time the commercials are over and the show returns to air. Unfortunately, full-blown demonic possession is the kind of scene which delivers diminished returns each time the filmmakers resort to it. Viewers will soon be completely desensitized to scary pupils and skin abrasions, and the show could find itself in a Walking Dead situation, where it has to keep ramping up the intensity to levels of laughable absurdity to maintain its acceleration. This could be prevented on The Exorcist by turning down the temperature a little bit and letting the show naturally heat to a boil like it did last year. 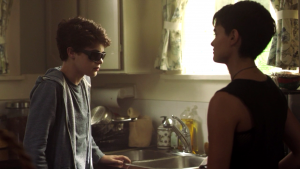 Because the show is hammering on its most grotesque qualities, the little thrills which are present don’t have time to breathe. There were some interesting touches that felt like last season in Episode 2: Caleb (Hunter Dillon) bites into an apple that is revealed to be riddled with imaginary creepy crawlies, and he later reveals that he believes it was Verity (Brianna Hildebrand) who led him to the rickety planks atop the old well in the middle of the night. The second bit causes the viewer to question which of these troubled youngsters is the true source of the evil manifestations of late, and it recalls the misdirection that Season One did with the two Rance sisters. Whether it be the books, the movies, or the show, The Exorcist works best when it’s slowly getting the hairs on your arms to stand up. Hopefully, now that the dynamic duo is headed for Seattle, the show can sit in the foster home for an entire episode and build up a repertoire of subtle horrors.

I still believe that the new location and the new characters can work for the show. It’s been the most interesting and original part of Season Two by a longshot. However, with two episodes already aired, the series is quickly running out of time to deliver the moody and atmospheric storytelling of last season. But I still love last season and I love the characters, so my fingers are crossed that I’ll be singing a different tune next week!