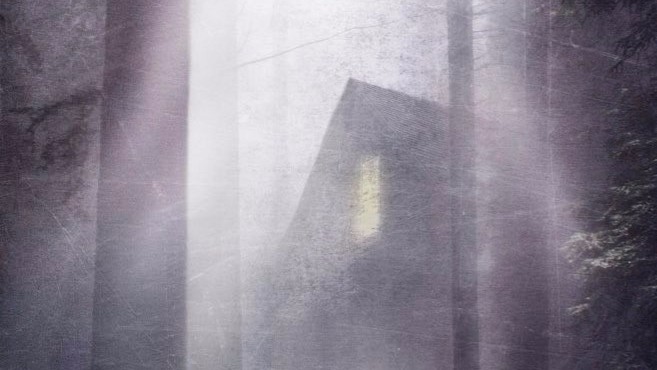 I was not a big fan of last year’s pilot episode of Fox’s The Exorcist. I found it to be a little too over the top with its introduction of themes, too rushed in its pacing, and too direct in its over-reliance on CGI. However, as Season One unfolded, the series ended up proving itself to be one of the best horror shows on television. Episode by episode, The Exorcist became a slow crawling character study which was reserved in its delivery while packing a hard punch whenever it was needed to further the story. It was nuanced, it was thought-provoking, and it was engaging. 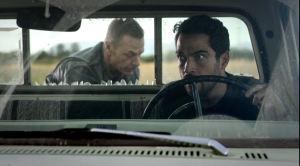 Despite the praise the show ultimately received by critics and the entertainment industry, it’s a minor miracle that it’s back for another season. Fox wasn’t particularly impressed by the show’s ratings and the studio dragged their feet in announcing more episodes, finally giving in to the passionate, albeit smaller, fanbase. However, we knew early on that the show would be different going forward. We were told months ago that cast members Geena Davis, Alan Ruck, Brianne Howey and Hannah Kasulka would not be returning; and that the show would shift locations to an island off of Seattle. There were hints that the style of the show might be tweaked when Sean Crouch was named showrunner in addition to series creator Jeremy Slater. Now that the first episode, entitled “Janus,” has aired, we can finally see where the series is headed. And while “Janus” offers some glimmers of what might become an interesting season, I have the same feeling of reservation that I felt when watching the pilot episode last year.

“Janus” moves at an incredibly fast rate. We are introduced to an exponentially higher number of characters this time around, but the pacing is so quick that the characters are all caricatures at this point. The episode opens with stereotypical southerners chasing Ben Daniels’ Father Marcus and Alfonso Herrera’s Father Tomas. There’s a tacked-on story about a possessed woman we know nothing about, so she basically looks and sounds like what took at least five episodes to manifest last season. This all happens around the foster home in Seattle where the story is supposed to take place, and we basically learn nothing about John Cho’s Andrew Kim except that he has romantic relationship troubles and he seems like a nice guy to the kids in his house. The kids come from the John Hughes template if you’ve only seen a trailer and maybe a poster for The Breakfast Club. They make wise cracks, or stay up in their room alone, or pray in order to let us know right away what kind of personalities we as the viewers should fill in for them given what’s missing in the script. Curiously, nothing too creepy happens in the house at all in the first episode, and the cliffhanger-ey final shot which connects the house to Tomas’ dreams wasn’t all too exciting. Make no mistake: these characters all seem like they might be kind of interesting. Cho and Li Jun Li particularly show potential if the camera will spend more time on them in coming episodes. The problem is that there’s just too much going on at once. 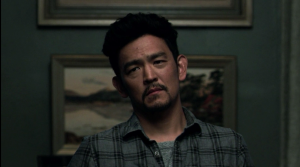 Speaking about too much… last season had a couple of scenes which showed that Marcus and Tomas could hold their own in a fight. They were tough, but believable. Now they’re full blown action heroes. Whether it be hanging on to the back of a speeding pickup truck or taking punch after punch from big brawlers, these guys can do it all without missing a single line from whatever prayer they happen to be reciting at the time! Even worse, the setting is a page out of horror show trope class 101. I couldn’t help but cringe at the thought of the show trying to appeal to The Walking Dead crowd by including dusty trucks and greasy bearded goons to chase our heroes through the southern countryside. Even more troubling is the thought that exorcisms are going to become so common on the show, and we’ll start to yawn at the sight of chapped lips, green sores, and contact lenses. My only hope is that this side story wraps itself up rather quickly so we can get the boys to Seattle for the main event.

A slow, engrossing, and intellectual unfolding of themes and plot is what made Season One of The Exorcist unlike anything else on network television last year. So far, Andrew Kim’s foster home seems to be the most promising path to replicating the same kind of success. After last season, I know the filmmakers are more than capable of turning this into another season of must-watch television. Hopefully the show will catch its breath after the premiere and begin to unfold in a more meaningful and disciplined manner in the coming weeks.

Stay tuned to Horror News Network for more details on The Exorcist Season Two as they break, including weekly reviews and analysis of each episode!