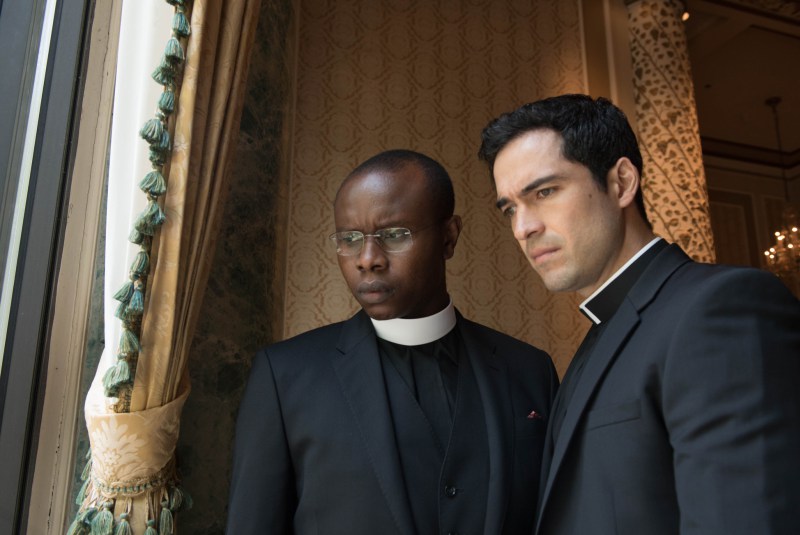 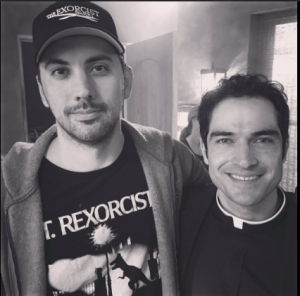 Variety recently sat down with Jeremy Slater, the creator and one of the executive producers of Fox’s The Exorcist series. Slater revealed many interesting details about the creative process of making the show and explained where the series will be going in the future.

Readers who have been following Horror News Network’s reviews know that the show is surprisingly intelligent and character-driven, especially for a TV-14 network show that airs at 9:00. While the pilot episode felt a little too reliant on the source material, the episodes that have followed have proven to be thoughtfully crafted and unafraid to explore ideas and storytelling techniques which go beyond the 1973 original movie. Based on Slater’s comments, these refreshing qualities were no accident:

“Yeah. The goal was always to make this a psychological thriller, to make this a character study and then punctuate that with moments of horror. Choose your scare scenes carefully. The reality is that to deliver the level of quality that Rupert Wyatt and [director of photography] Alex Disenhof established in that first episode [is a challenge]. We’re essentially making a 43-minute horror film every week. So to try to make a show where it’s 43 minutes of wall-to-wall horror and cats jumping out of closets and everything shattering and heads spinning and exploding — it would be a fool’s errand. It would be numbing for the audience, and it would give you no reason to tune in on a weekly basis.”

Unlike many recent showrunners’ decisions to move on to new seasons using an anthology style of storytelling with little or no connection to the previous season, Slater commented on how future seasons of The Exorcist will be building on the foundation being built in Season One:

“The idea of doing a serialized show where every single year is just another possession and next season, we’re moving one block down and a different family is having this happen to them — your eyes would glaze over so fast. I don’t know how to write that show and I don’t know who would want to watch that show. In this first year we’re giving the audience something recognizable and relatable, but hopefully by the time a few episodes have gone by, you’ll start to understand how we’re creating an engine that can run for several years.”

The entire interview can be read by clicking this link. Slater’s interview revealed a thoughtful and insightful creator who is working on a thoughtful and insightful television series. While it is clear that his plans for the series could bring it into very interesting territory, the ratings for the show haven’t been great, and Fox has yet to announce whether the series will be renewed for another season. Unfortunately, some of the reasons why this show is so effective (an intelligent level of sophistication and nuance not found in many other horror shows) may be the same reasons why more people aren’t watching it. This is why we can’t have nice things.

Scream Queens was renewed for Season Two despite having poorer ratings, so fans of the series should cross their fingers in anticipation of more news. In the meantime, stay tuned to Horror News Network for weekly analyses and reviews of every episode, and for more news on The Exorcist as it breaks. All of Horror News Network’s coverage of Fox’s The Exorcist can be read by clicking this link.