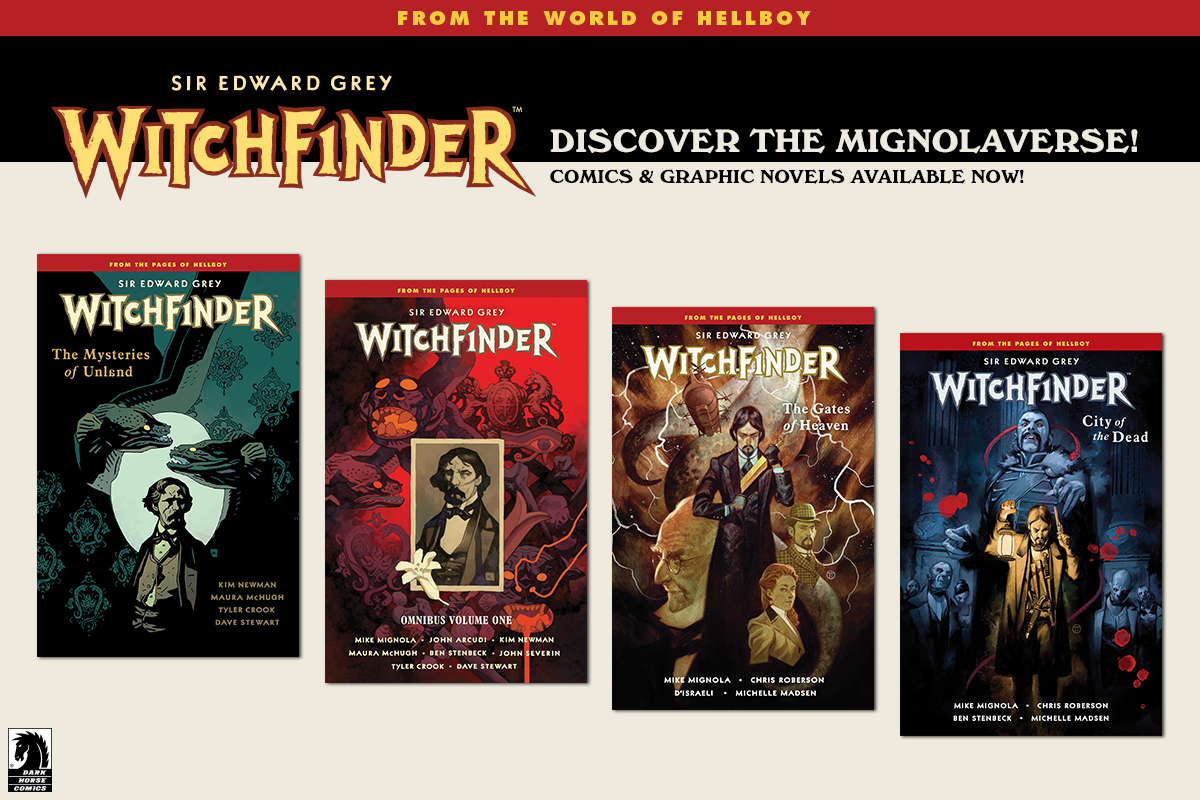 written by Nick Banks April 30, 2020
Share FacebookTwitterRedditEmail
Two universal truths that we have come to accept are that everyone loves getting something for free and that readers of Horror News Network have always enjoyed following the adventures of Hellboy and his band of misfits that populate Mike Mignola’s “Mignolaverse” in comic, cartoon, and movie form.  If you happen to subscribe to both of these precepts, then today is your lucky day!
In conjunction with Dark Horse Comics, HNN is providing readers with the very first full issue of the original adventure of Sir Edward Grey: Witchfinder: In the Service of Angels #1.

Mike Mignola described the origins of Grey’s addition to the Mignolaverse very simply, stating “I love Victorian occult detectives, and so I needed one for the Hellboy universe—Pretty much as simple as that.”

Witchfinder: In the Service of Angels teams up Mignola with frequent collaborator Ben Stenbeck in one of Grey’s first cases, taking the British agent all over Victorian London, a city overrun by occult conspirators, which includes an encounter with a familiar type of amphibian monster (that would come to plague the B.P.R.D and others for many years), and entrance into the city’s most infamous secret society: The Heliopic Brotherhood of Ra.

Grey was first mentioned way back in the 1996 mini-series Hellboy: Wake the Devil and the occult sleuth has gone on to appear in six full collected volumes, including this fall’s Witchfinder: Reign of Darkness collection which pits Grey against Jack the Ripper.

Enjoy the free issue below.  All volumes (and the rest of this story) are available from Dark Horse Comics in digital form and physical copies can be procured through online retailer and finer comic shops everywhere (and be sure to check with your local shop to see if they are taking advance orders or offer a mail order service at this time).