Actor, David Dastmalchian has made quite a name for himself over the last few years appearing in many high-profile movies and television shows. While most fans know Dastmalchian as the Polka-dot-Man in 2021’s Suicide Squad, he has found success both behind and away from the camera as well.

In 2014 he wrote and starred in Animals, a semi-autobiographical film focused on heroin addiction, which received high praise at the 2014 SXSW Film Festival. In 2019 he wrote Count Crowley: Reluctant Midnight Monster Hunter which was published by Dark Horse Comics. The title follows Jerri Bartman, a local TV reporter, who has recently been downgraded to hosting the nightly creature feature for her local TV station. The mini-series was filled with fast-paced action and read like Dastmalchian’s love letter to the late-night horror programs of years past.

Horror fans will be happy to know that a new series, Count Crowley: Amateur Midnight Monster Hunter, is set to hit stores on March 23rd from Dark Horse Comics. An exclusive look at the cover for issue three, slated for a May 25th release can be seen below. 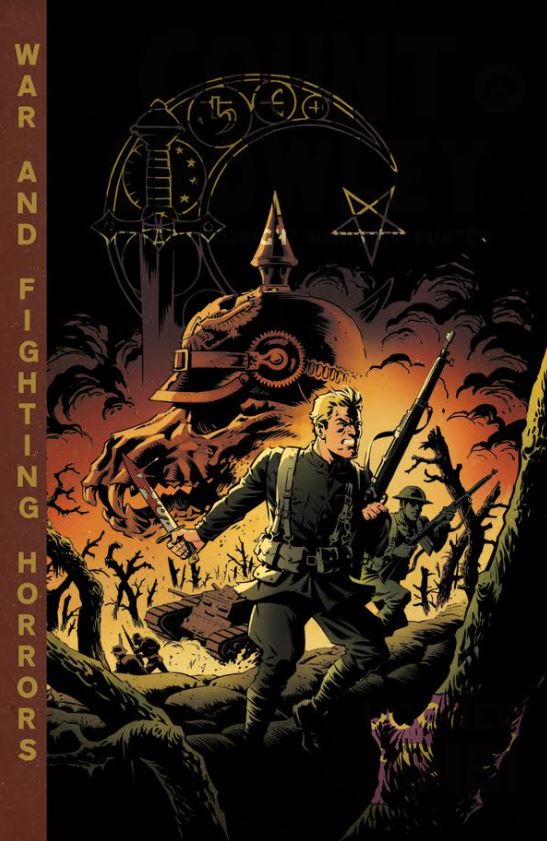