A brand new Evil Dead game is on the way courtesy of Saber Interactive and Boss Team Games. Announced last night at The Game Awards ceremony, Evil Dead: The Game is a co-op and PvP multiplayer title in development for PC, PlayStation 5, PlayStation 4, Xbox Series X|S, Xbox One, and Nintendo Switch.

Not only will the game feature Ash and plenty of Deadites but the trailer gives us a glimpse of characters all across the Evil Dead timeline including Kelly (Dana DeLorenzo) from Ash vs. Evil Dead, Lord Arthur (Marcus Gilbert) from Army of Darkness, and Scott (Richard DeManincor) from Evil Dead.

Boss Team Games is working in collaboration with Renaissance Pictures, Studiocanal, Metro Goldwyn Mayer (MGM), and Lionsgate to create the game. The game has sights and sounds inspired by the films The Evil Dead, Evil Dead II: Dead by Dawn, and Army of Darkness, as well as the STARZ original Ash vs Evil Dead television series.

“I’m excited to be strapping on the chainsaw one more time,” said Bruce Campbell, who has given life to Ashley J. Williams across multiple films and the recent STARZ original “Ash vs Evil Dead” television series. “Boss Team and Saber Interactive are planning a huge immersive dealio, and I knew I had to come back. You’ll be able to step into my shoes and kick some Deadite ass!”

Players can work together as a team of four survivors, exploring, looting, crafting, managing your fear, and finding key artifacts to seal the breach between worlds. In addition to being the hero’s, players are also able to take control of the powerful Kandarian Demon to hunt Ash and his friends while possessing Deadites, the environment, and even the survivors themselves as you seek to swallow their souls.

Evil Dead: The Game will also feature many memorable locations including the infamous cabin in the woods, brought to life with tons of terrifying visuals and all-new dialogue from Bruce Campbell. Discover more than 25 weapons, including Ash’s Gauntlet, Boomstick, and chainsaw, and advance in a variety of skill trees to grow stronger and survive in this fun co-op and PvP experience.

Have a look at the trailer below and stay tuned to Horror News Network for more on this exciting development. 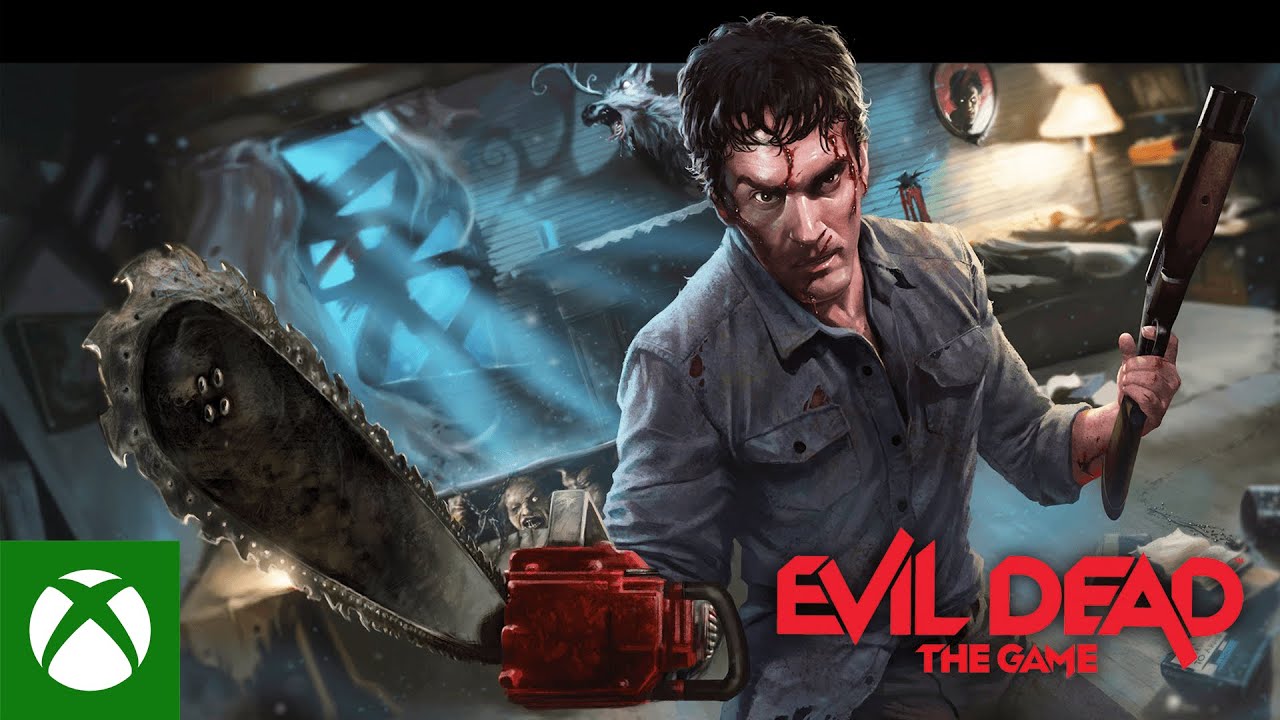 Click here for more news and information on the Evil Dead series.