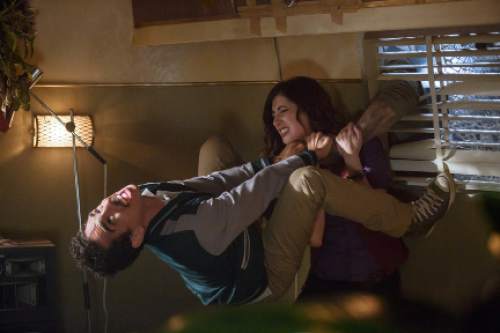 Ray Santiago (Touch, Meet the Fockers) and Dana DeLorenzo (Growing Up Fisher) have been cast in the new Stars series, and “Evil Dead’ sequel, ‘Ash vs. Evil Dead’. Bruce Campbell is reprising his role as Ash, who has been avoiding growing up for thirty years, when he is forced to take on a Deadite who threatens to destroy the human race. Santiago is co-starring as Pablo Simon Bolivar, who becomes Ash’s sidekick. Deloranzo is playing Kelly Maxwell, who is dragged into the fight against the Deadites.