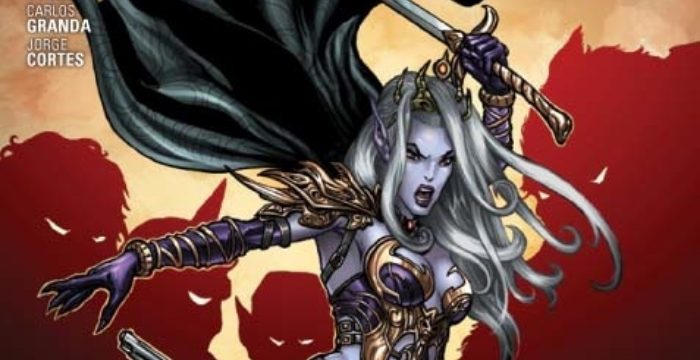 Zenescope Entertainment has provided us a preview of the new Escape from Monster Island comic.

The Elf Queen imprisons Kelsey needing Kelsey’s help in controlling the Cyclops – the most powerful creature on the island. Merrick and Xorn mount a rescue attempt, but Kelsey will be forced to make an impossible decision. Meanwhile, MASI Island’s force field is only hours from failing and the team must figure out an escape plan before the U.S. Government nukes it off the map. 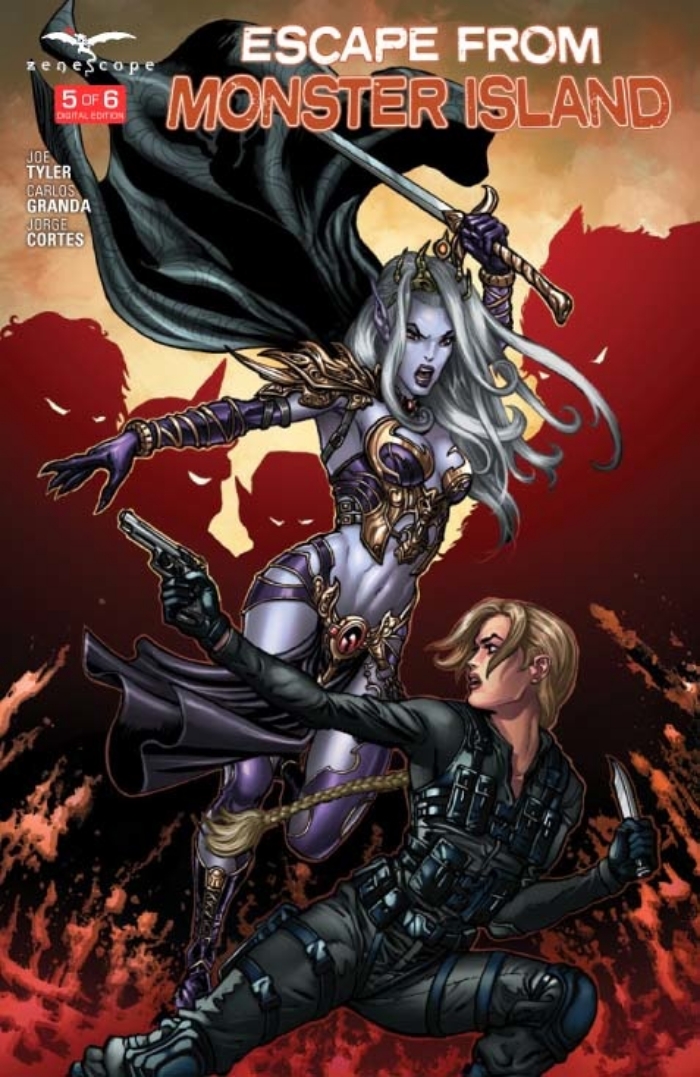 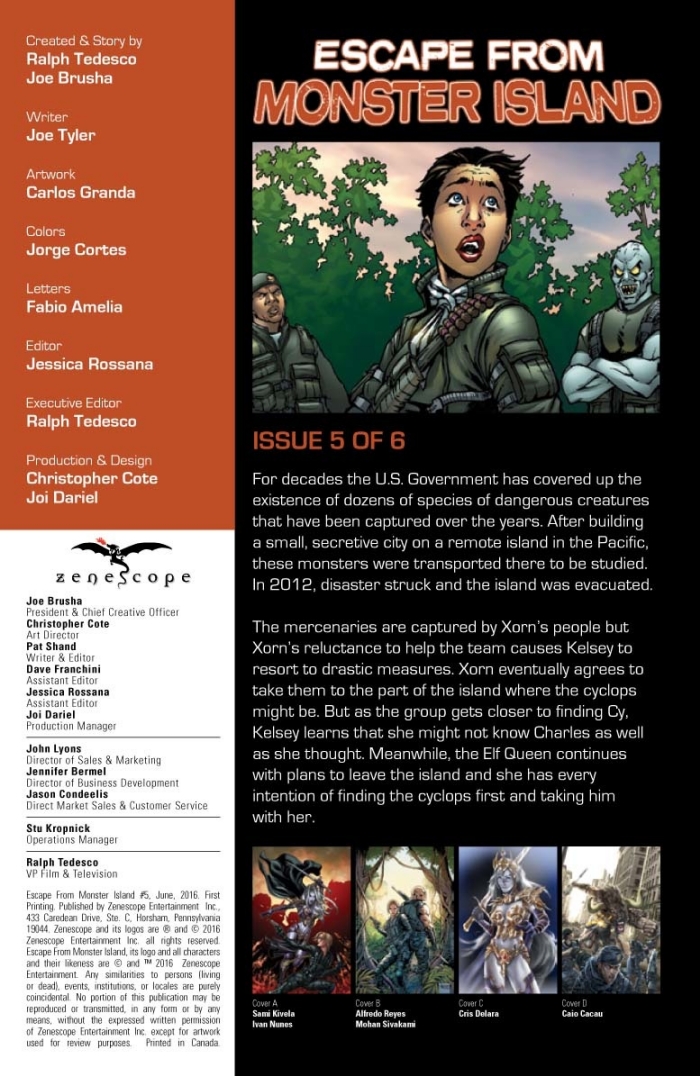 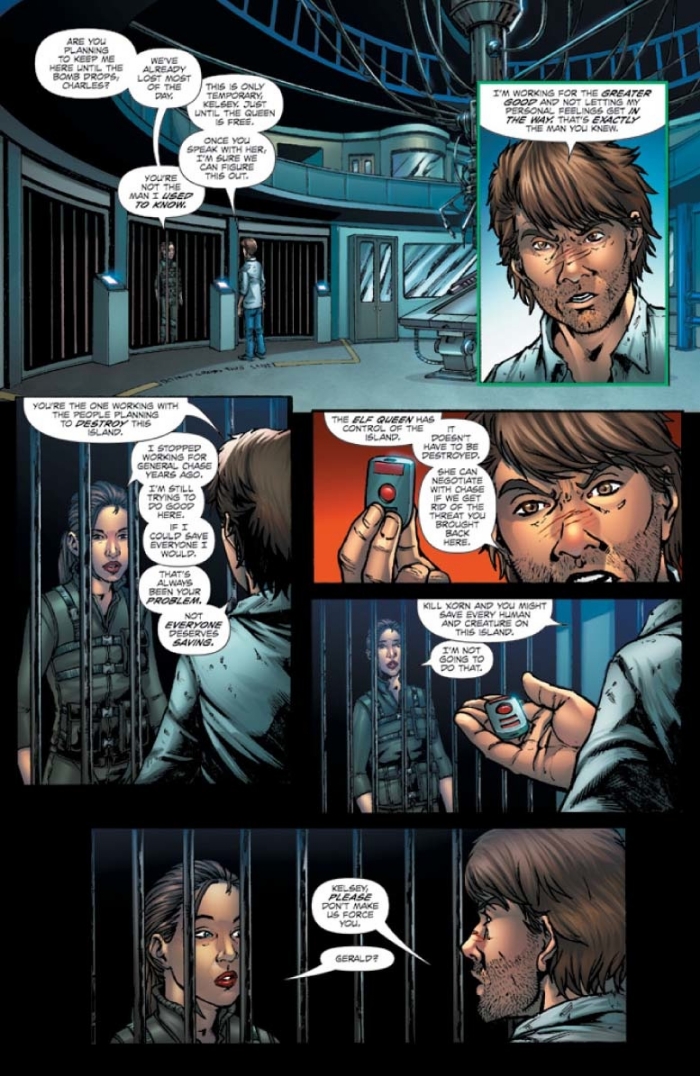 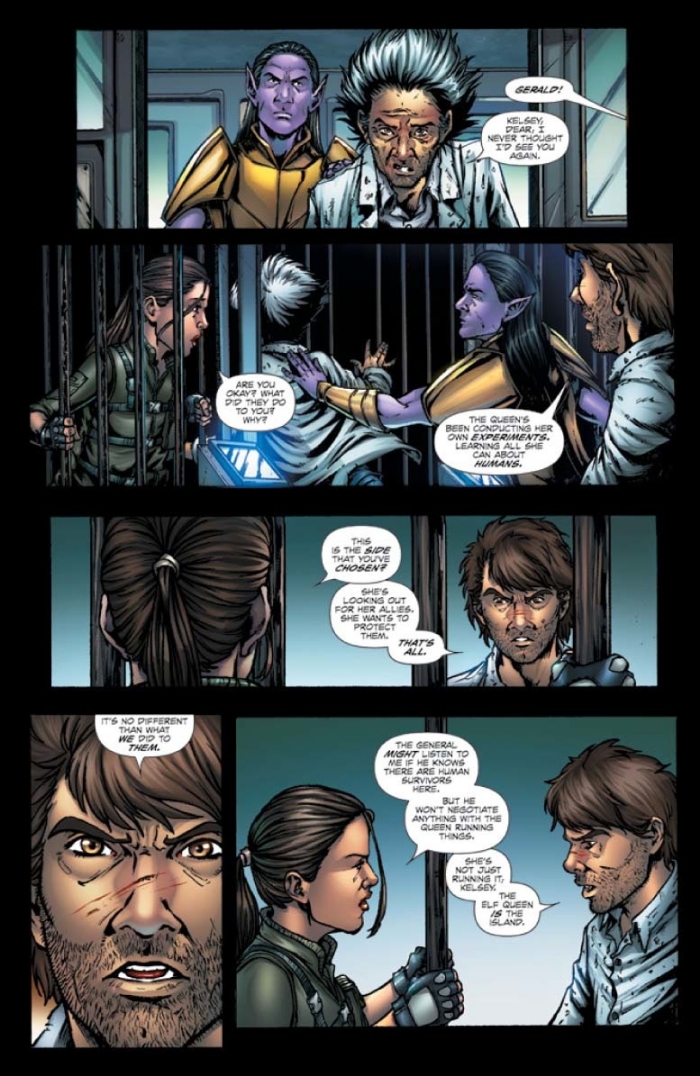 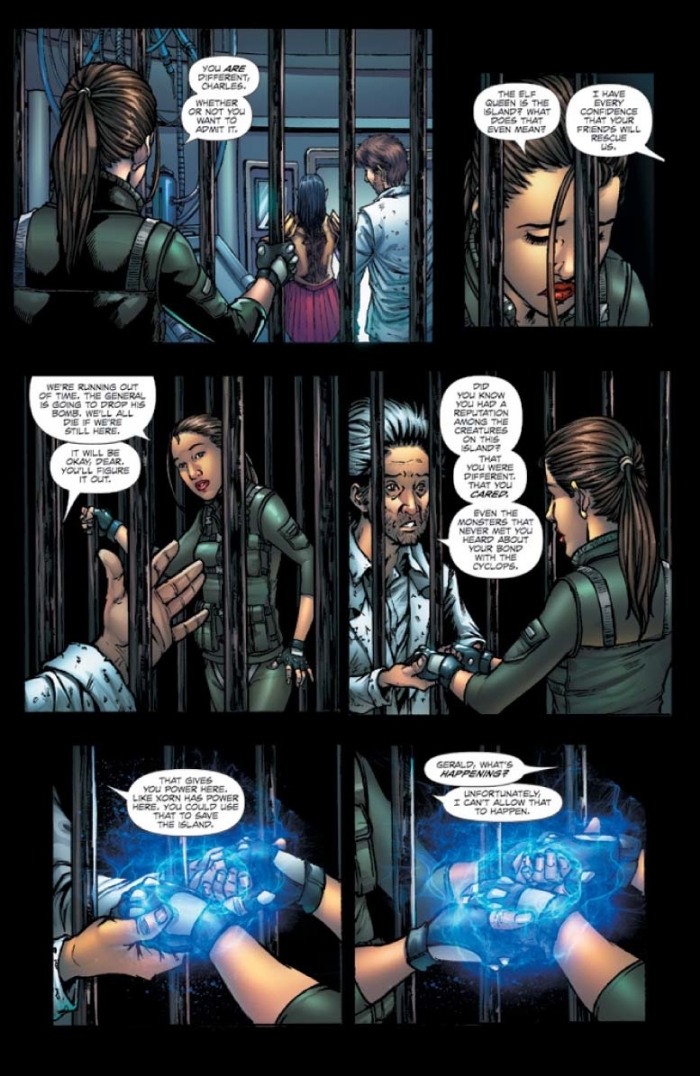 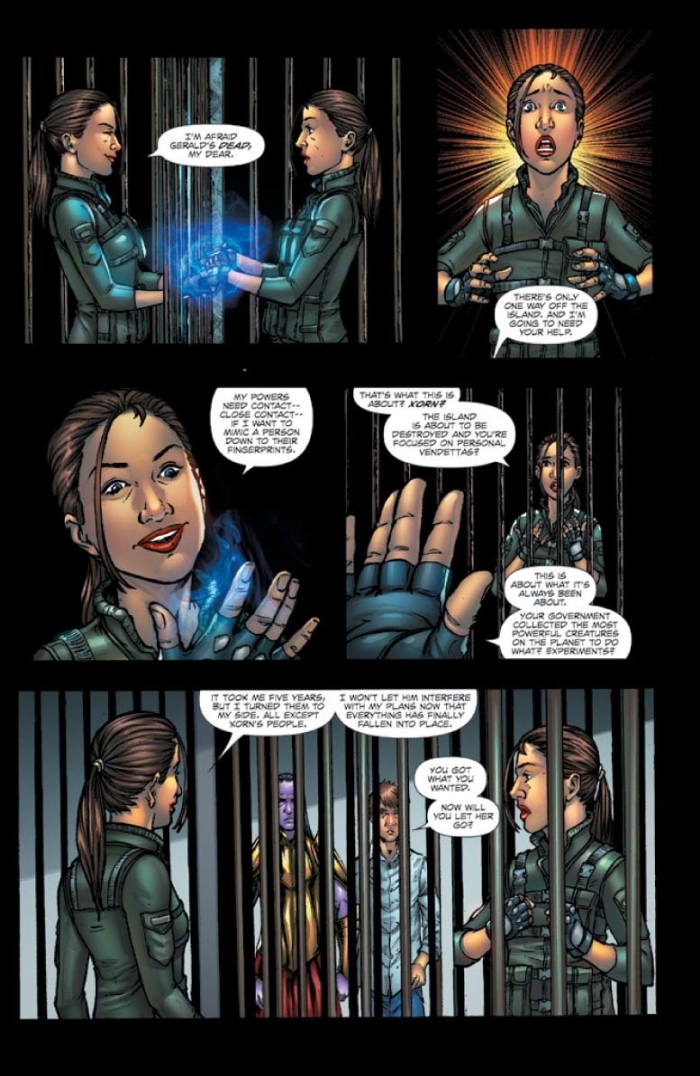 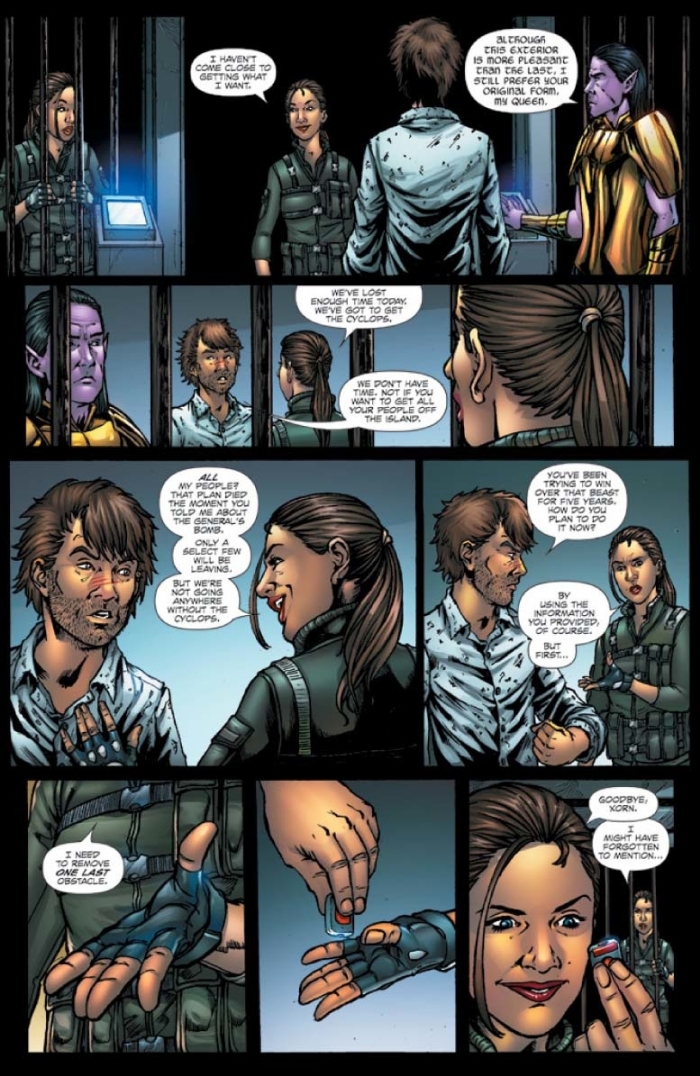