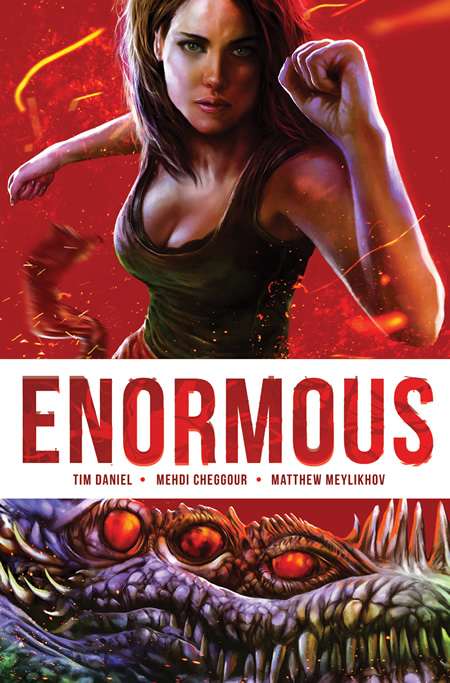 20th Century Fox Television and New Regency Television are teaming up with producer Adrian Askarieh’s Prime Universe Films to embark on the development of an event-series based on the best-selling action/horror comic book “Enormous” from publisher 215 Ink.

Set in the near future, the comic book series finds the world suffering a planetary resource crisis when a vast ecological cataclysm spawns The Enormous, massive beasts unlike anything ever witnessed. Displaced from atop the food-chain, humankind struggles to stave off extinction, and a shattered society scrambles for refuge in the wake of the monstrous rampage.

Amid the ashes of Phoenix, Ariz., Ellen Grace, a former school teacher who lost everything and everyone she loved in the uprising, leads a search and rescue team into the ruins of the city in hopes of locating children orphaned by the cataclysm. But not all the remaining humans seek salvation, and in a world dominated by monsters, man is still the most dangerous animal of all.

“Enormous” debuted to critical praise in July 2014 and has achieved repeated release-day sellouts in its first six issues, with the first issue requiring a second printing. Strong secondary-market sales have driven interest in the series that continues to defy industry sales trends, with the final issue of the first arc outselling the initial offering.

Andrew Poltkin of New Regency Television and Adrian Askarieh of Prime Universe Films will serve as executive producers for the series. The search is on for a top show-runner.