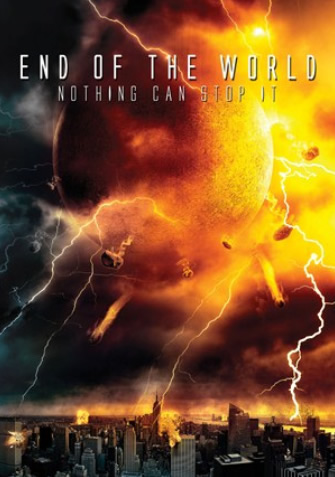 End of the World Coming to DVD on March 11th

On March 11th, Anchor Bay Films gives you lots of laughs alongside the complete annihilation of planet Earth with the release of End of the World on DVD. This Syfy Original Movie stars Neil Grayston (“Eureka”), Greg Grunberg (“Heroes”) and Academy Award nominee Brad Dourif (The Lord of the Rings) as a group of goofy science fiction geeks who now hold the fate of the world in their hands – but can we trust their hands? The SRP is $19.98.

Nothing can stop it! Massive earthquakes violently shake cities and mysterious plasma spheres pummel the earth’s surface. The end nears. Who can save the world from destruction? Two small town sci-fi fan boys, who work at a video store, dig deep into their vast knowledge of disaster films to find a plan that could rescue humanity from complete and total obliteration.

Also featuring Caroline Cave (“The L Word”) and Mark Hildreth (“V”), End of the World is part satire and part loving homage to the disaster genre. This is a hip and hysterical film that’s filled with sly references to many of the movies that nerds love. Who knew that death, destruction and the end of the world would also be so darn funny!