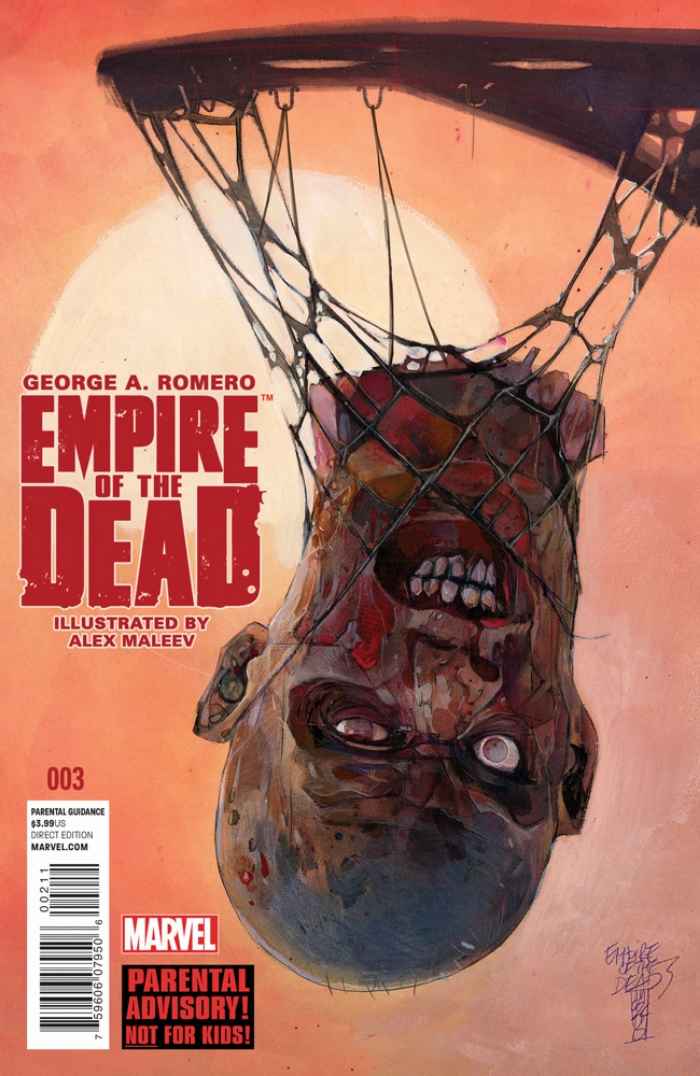 Empire of the Dead #3 sneak peek

Marvel Comics has provided us a sneak peek of the new Empire of the Dead comic.

Zombies roam the streets of a plague-ridden Manhattan by day. And Vampires feast on humans by night! Something is rotten in the big apple. Someone moves to strike against the mayor from the shadows. Who is the firecracker known as Dixie Peach? And as whispers of a full-scale zombie uprising stir – where does that leave the last remaining humans?