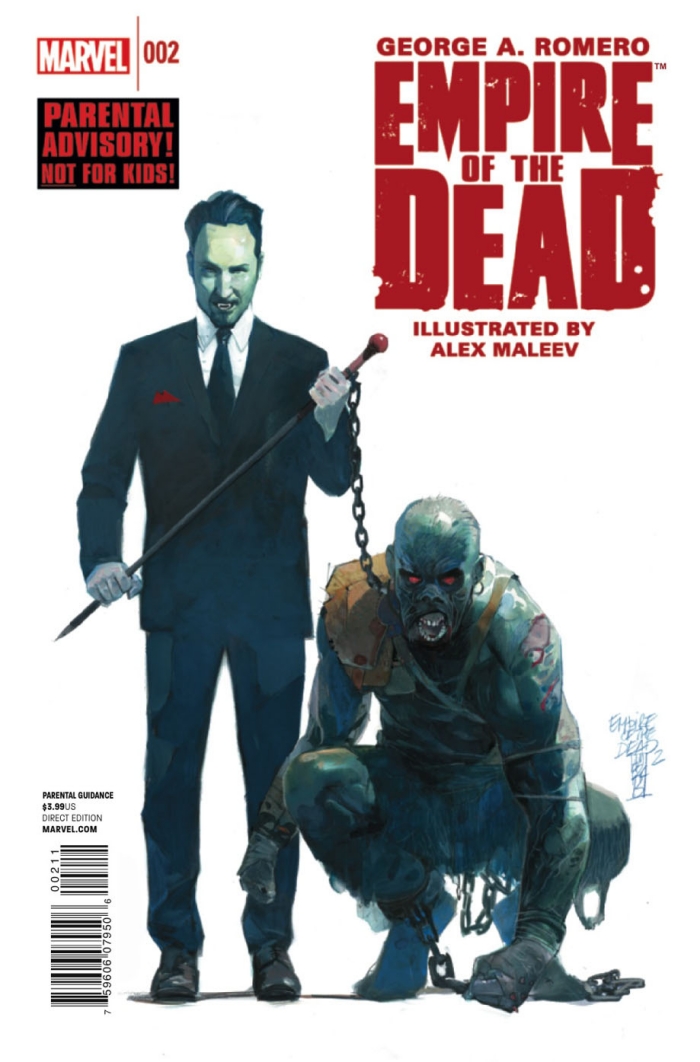 Empire of the Dead #2 preview

Welcome to New York years after the eruption of an undead plague-a city not only teeming with roaming zombies, but also ruled by vampires! Meanwhile, in the pit of the bloody Circus Maximus, can anything stop the unchained fury of the zombie gladiator known as Zanzibar? Plus: It’s a terrorizing team-up in variant cover form when the Zombie Godfather George Romero unites with the Zombie King Arthur Suydam!