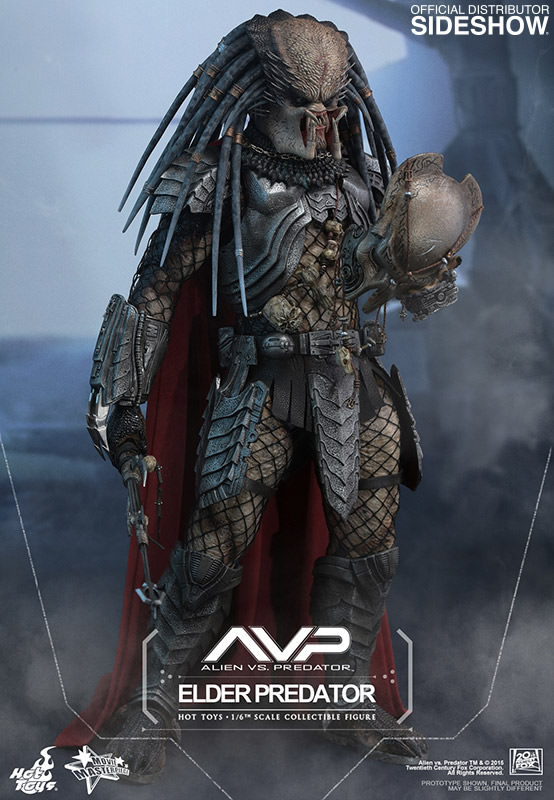 The official description of the figure is as follow:
Sideshow Collectibles and Hot Toys are delighted to revisit this Yautja leader and present the new highly detailed Elder Predator sixth scale figure from AVP. The movie-accurate Elder Predator collectible figure is specially crafted based on his image in the film, featuring a newly developed head sculpt with detailed likeness, blue colored dreadlocks with distinctive pattern and tribal accessories, the character’s iconic red cape, weapons, and accessories.

Look for this character to be released in late spring.