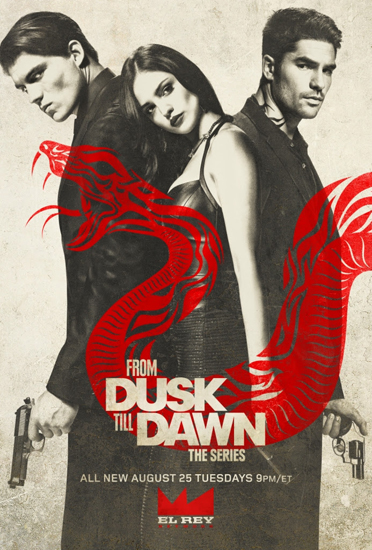 “Like the movie that came before, the TV series does its thing very well”

OF “FROM DUSK TILL DAWN: THE SERIES,” ENTERTAINMENT ONE CONJURES UP EPISODES ON ALL LEADING DIGITAL PLATFORMS

The Robert Rodriguez-Directed Premiere Episode Will be Available to Download

or Stream the Day Following Broadcast on August 26; Individual Episodes 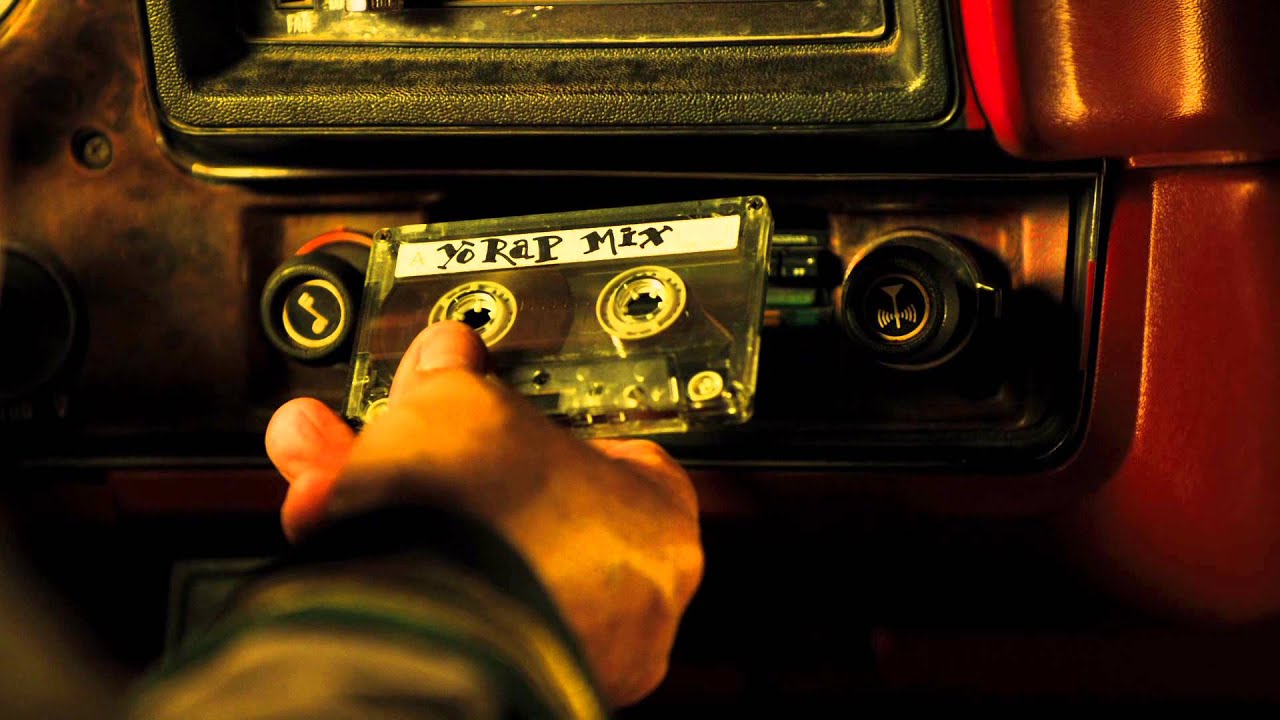 New York, NY/Toronto, Canada (August 25, 2015)- Last year, FROM DUSK TILL DAWN: THE SERIES premiered as El Rey Network/Miramax’s first scripted drama and drew critical acclaim for the reimagining of Rodriguez’s cult classic film From Dusk Till Dawn. On August 25th at (9:00PM EST), the sophomore season of this fan-favorite, supernatural crime saga returns with 10 new episodes that expand the universe of the story from Mexico to the edgy, tricked-out Texas of Rodriguez, who also directs the first episode. And on August 26, Entertainment One will begin to release each episode for purchase on all leading digital platforms.

Season One of FROM DUSK TILL DAWN: THE SERIES centered on bank robber Seth Gecko (D.J. Cotrona, Dear John, G.I. Joe: Retaliation) and his violent, unpredictable brother Richard “Richie” Gecko (Zane Holtz, Holes, The Perks of Being a Wallflower), who were on the run to Mexico when they encountered former pastor Jacob Fuller (Robert Patrick) and his family, who were taken hostage. Using the family RV to cross the border, chaos ensued when the group detoured to the Titty Twister, a strip club populated by culebras, snake-like ancient creatures who survive by drinking human blood. They were forced to fight until dawn in order to get out alive.

In Season Two, the show travels between Mexico and the edgy, tricked-out Texas of Robert Rodriguez. It also deepens and complicates the core relationships between the characters, while adding new faces and dynamics. Our characters are all living in very separate worlds – Santánico Pandemonium (Eiza González, “True Love”) and Richie are outside Houston, doing their best Bonnie and Clyde; Seth and Kate (Madison Davenport, “Shameless,” Noah) are scraping by South of the Border; and Freddie Gonzalez (Jesse Garcia, Quinceanera,”Sons of Anarchy”) is protecting his wife and young daughter in  the suburbs. Carolos Madrigal (Wilmer Valderrama, “That ’70s Show,” To Whom it May Concern) and Scott Fuller (Brandon Soo-Hoo, Tropic Thunder, Ender’s Game, Incredible Crew) emerge from the Titty Twister, changed men. They will all come together once again – this time facing off against an even bigger threat.

This season, the cast is joined by Danny Trejo (Machete, Machete Kills), who appeared in the original movie as Razor Charlie and Esai Morales (“Criminal Minds,” “NYPD Blue”), currently a series regular on “The Brink.” Trejo plays The Regulator, a horrifying agent of evil who is summoned to perform a deadly errand and Morales will appear in the role of Lord Amancio Malvado, a figure of terrifying cruelty and power who has a complicated and obsessive relationship with Santánico. They will also be joined by Briana Evigan(Step Up 2), who does a turn as Sonja, an American expatriate working as a tattoo artist in a Mexican mercado. Jake Busey also resumes his guest starring role as Professor Aiden “Sex Machine” Tanner and Demi Lovato makes a guest starring appearance

Aside from Rodriguez, directors who will be behind the camera this season include Edurado Sánchez (The Blair Witch Project), Alejandro Bruges (Juan of the Dead), Joe Menendez (Ladrón que roba a ladrón) and Dwight Little (Halloween 4: The Return of Michael Myers).

El Rey Network is a 24-hour English language network founded by maverick filmmaker Robert Rodriguez.  Curated by Rodriguez and his artistic collective, the network unites “the new mainstream” through badass content that awakens the renegade in everyone.  El Rey’s action-packed slate is anchored by signature series including the original drama, “From Dusk Till Dawn: The Series” which returns for a second season in summer 2015, the one-on-one interview program, “El Rey Network Presents: The Director’s Chair” and “Lucha Underground,” a freestyle wrestling series from Mark Burnett. El Rey Network’s lineup also showcases a wide range of iconic feature films and TV series including grindhouse genre, cult classic action, and horror/sci-fi. El Rey Network LLC is jointly owned by Robert Rodriguez and FactoryMade Ventures with a minority stake held by Univision Networks & Studios, Inc.

To find El Rey Network in your area please check out the channel finder at http://bit.ly/ElReyChannelfinder