The eyes have it.

A typically enigmatic–and bizarre–poster has dropped to herald the July 21 debut of the second season of American Horror Stories on FX on Hulu. Check out the chilling artwork–courtesy of collider.com–on this page. 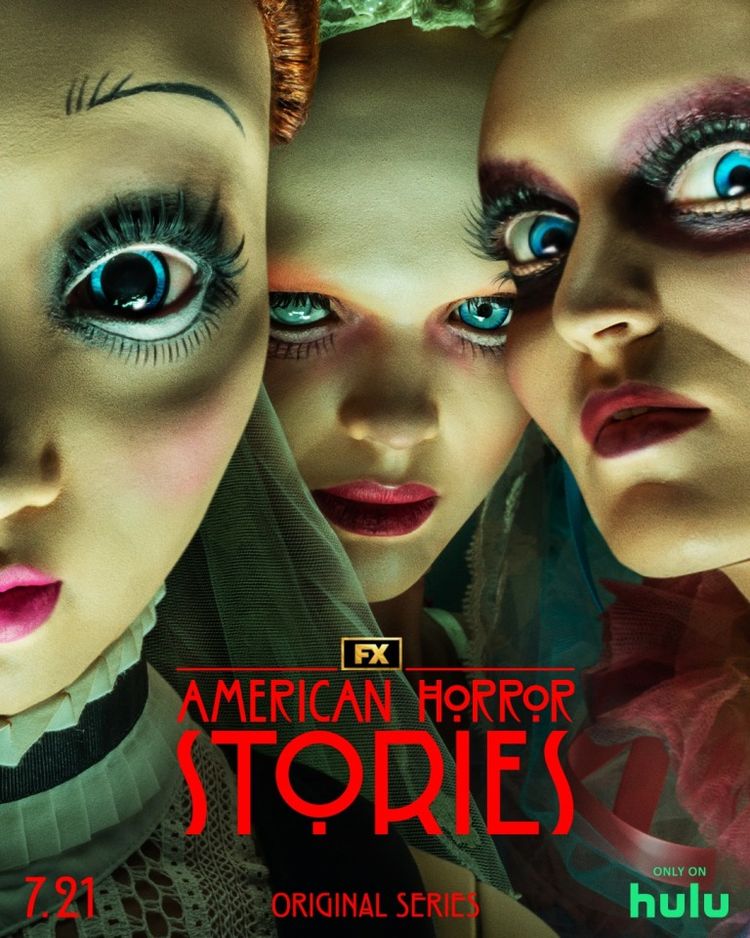 American Horror Stories–the anthology series from Ryan Murphy and Brad Falchuk–returns after an initial seven-episode season that was Hulu’s most successful FX series launch ever. This spinoff of American Horror Story spotlights a different horror story in each episode, instead of the season-long arc featured in AHS.

No plot details have yet been unveiled for the eight-episode Season 2, but with a poster like this one, fans should strap themselves in for a bumpy side.

Keep reading Horror News Network for the next update on Season 2 of American Horror Stories on FX on Hulu.