The hills are alive–but what’s out there?

The Forest Hills–a new creature feature currently in production–last month unveiled a grisly trailer, and now an official poster has dropped. Check out the nightmarish image on this page. 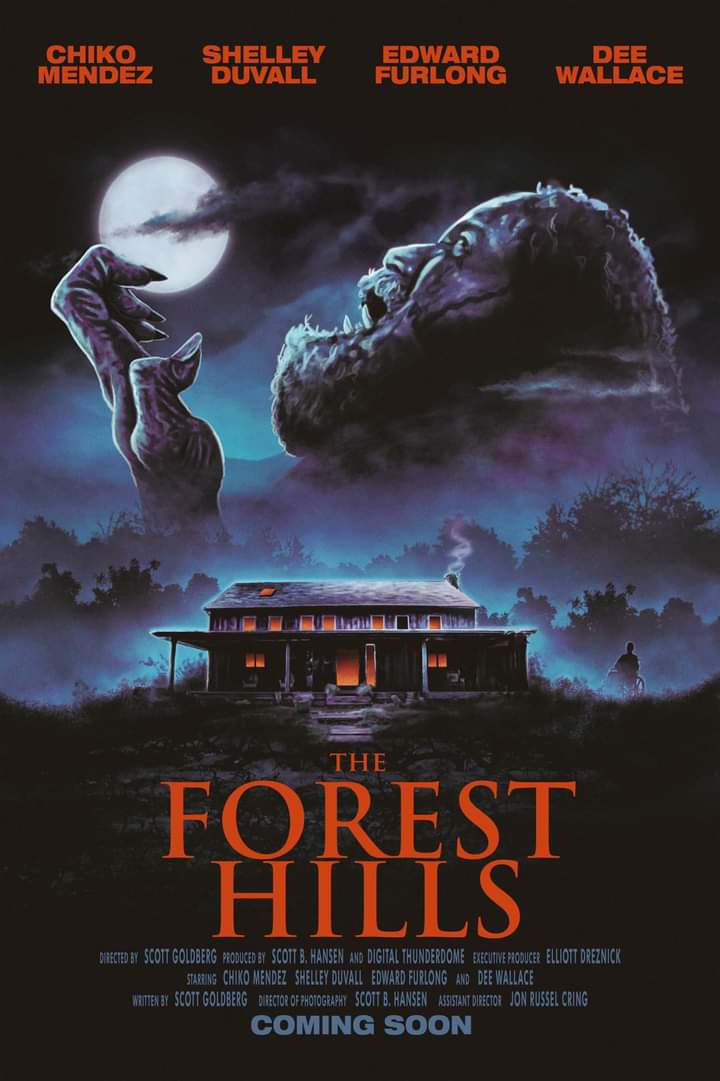 The film–teasing definite werewolf undercurrents–is written and directed by Scott Goldberg, and features the return to the big screen after two decades of Shelley Duvall of The Shining fame.

Duvall plays the mother of a mentally disturbed man named Rico (Chiko Mendez), who is tormented by hideous visions after enduring head trauma while camping in the Catskills, according to the logline.

Keep reading Horror News Network for any further updates on The Forest Hills.