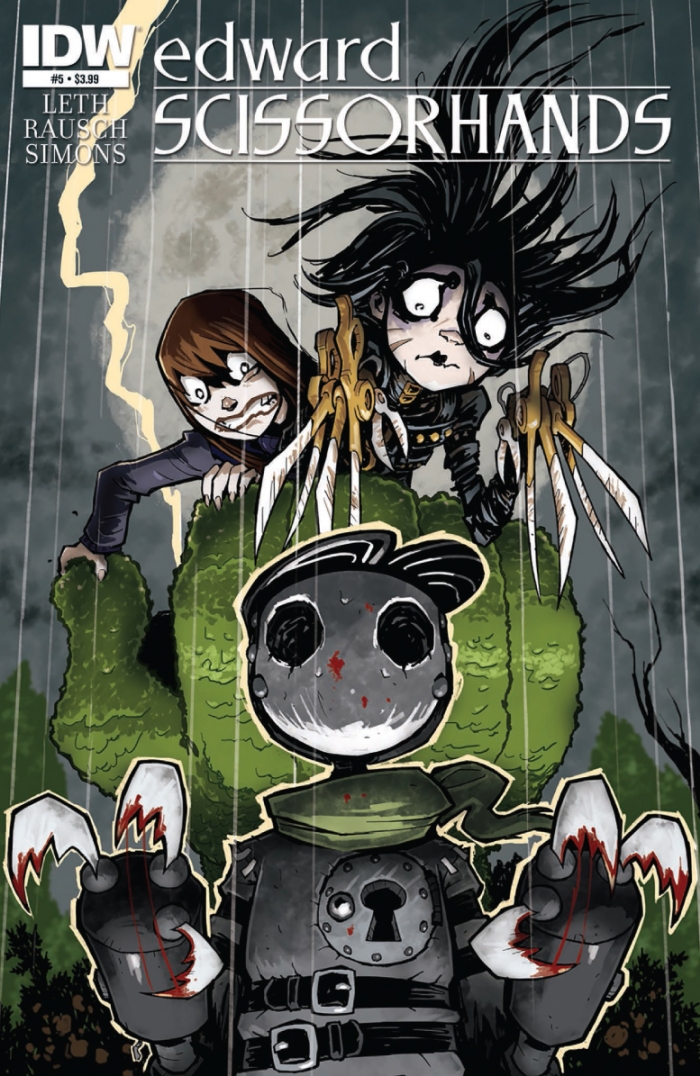 IDW Publishing has provided us a preview of the new Edward Scissorhands comic.

Everything comes to a head as Megs and Edward scramble to reunite a kidnapped boy with his parents before it’s too late, dealing with a dangerous and unpredictable villain. As the dark night gets longer, the unlikely duo face off against both Eli and a misguided mob of townspeople out for blood, led in part by Megs’ own mother.