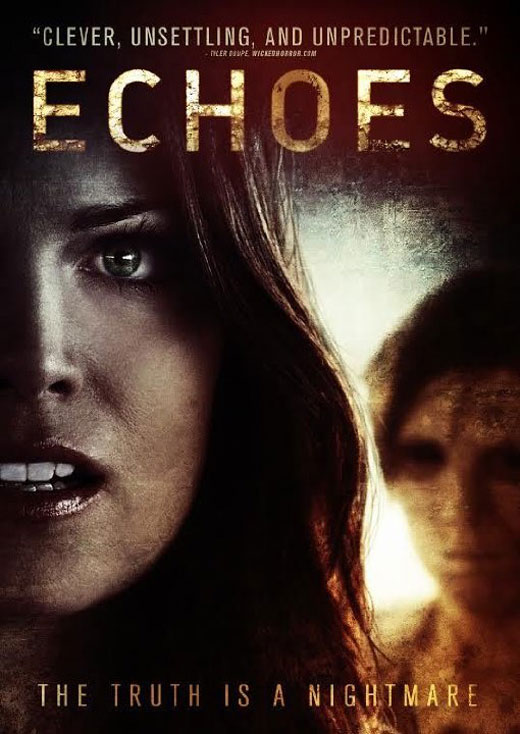 Anna (Kate French) is a writer who is suffering from both creative and physical immobility in the form of writer’s block and sleep paralysis.  At the suggestion of her boyfriend/agent Paul (Steven Brand), they seek a change of scenery and travel to his secluded glass house in the middle of the desert.

Soon after arriving, Paul is summoned back to the city leaving Anna alone in the isolated home.  Beginning on her first night without Paul, Anna is haunted by visions of a mud-caked female specter. In her attempts to confront the spirit, Anna unlocks a mystery concerning the home and possibly Paul himself.

The desert landscape of Echoes is atypical of what is generally the setting of horror films – dark cities or woods, claustrophobic buildings – yet director Nils Timm is able to convey the same level of tension through the use of lighting and tight camera work.

In essence, Echoes is not really a horror film, but rather a mystery with some supernatural elements that work nicely within the overall narrative.  It is short on scares, however the story of Anna confronting both her own demons and the ghost itself is an engaging tale.

While the pace of the film is dreadfully slow at times, it does work to a satisfactory conclusion. I don’t think Echoes will find it way to many permanent film libraries, but it is definitely worth spending the 88 minutes of viewing time.