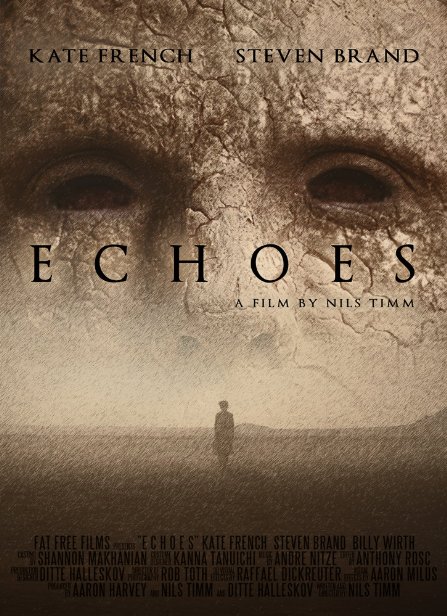 An official selection of the New York City International Film Festival and FilmQuest Film Festival, winning Best Actress, Best Screenplay and Best Director honors, the highly anticipated supernatural thriller Echoes arrives on Blu-ray™ and DVD April 15th from Anchor Bay Entertainment. The feature directorial debut of Nils Timm (who also wrote the screenplay), Echoes explores the murky realm between reality and dreams, and what could happen when these worlds collide. With a stellar cast including Steven Brand (“Teen Wolf,” The Scorpion King), Kate French (Channeling, “Gossip Girl,” “One Tree Hill”), Billy Wirth (“Chicago P.D.”, The Lost Boys) and Steve Hanks (12/12/12, Hold Your Breath), Echoes will have viewers guessing until the final fade-out! SRP is $26.99 for the Blu-ray™ and $22.98 for the DVD, with pre-book on March 11th.

Struggling with horrifying, sleep-paralysis induced visions, Anna (French), a young writer, retreats with her boyfriend (Brand) to an isolated yet beautiful glass house in the desert. Hoping that the desert vistas surrounding her will spur her creative juices, she welcomes the opportunity to stay behind when her boyfriend must return to the city for urgent business.

However, Anna’s sleep paralysis does not abate, despite the calming environment. And now, her attacks are accompanied by a mysterious figure, caked with dirt as if it was made of sand itself. As the visions intensify, she finds herself on the verge of losing her mind…or is she being lead to uncover a life-threatening secret?