‘Earn to Die 2’ Announced – Trailer Inside

Game Publisher Not Doppler and developer Toffee Games have today announced they will release a sequel to the hit mobile/tablet game Earn to Die later this year. Its predecessor, released in late 2012, went on to reach the Top 10 Paid Charts on the App Store in over 80 countries, and in over 20 countries on Google Play.

Earn to Die 2 will see players unlock, upgrade and drive vehicles in a post-apocalyptic world, smashing through hordes of zombies along the way. The sequel will see a departure from the familiar desert setting of the original game, and will delve into the depths of cities overrun by zombies.

Earn to Die 2 will boast a brand new Story Mode five times longer than its predecessor. Levels will now be multi-tiered, allowing players to drive over decaying highway overpasses, navigate via underground tunnels and smash through epic zombie-filled factories.

10 new vehicles will be available for players to unlock, each upgradable with spiked frames, roof-mounted guns, and more. Plus, vehicles are now fully destructible, meaning if you’re not too careful – parts of your vehicle might just fall off and become victim to the zombie apocalypse…

And for those able to beat the Story Mode, an all new Missions Mode awaits.

Earn to Die 2 will launch on the App Store, Google Play and Amazon Appstore in late 2014. Pricing details will be confirmed closer to the launch. 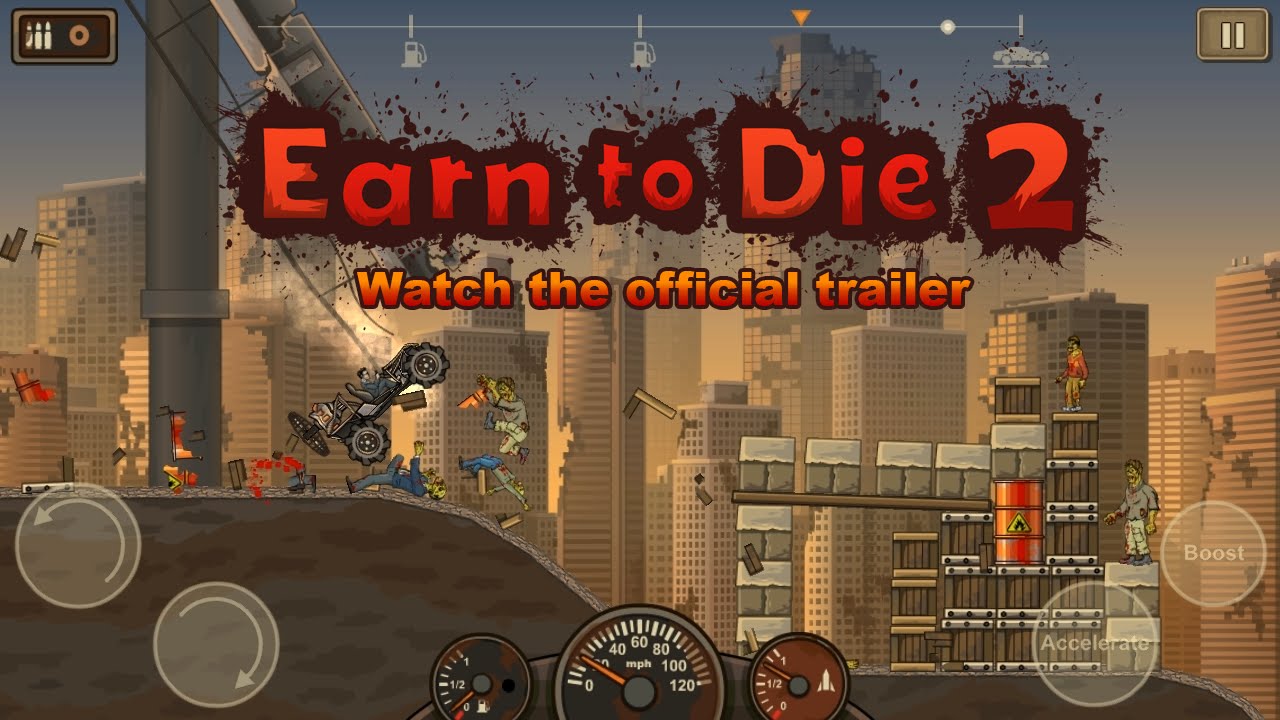