If you ever wondered what Vampirella might look like as a zombie, this October could be your chance. Dynamite Entertainment announced that DIE!NAMITE will bring the zombie apocalypse to their universe, according to a press release from the company.

The plot will follow the heroes as they come together to face a threat bigger than they have ever encountered.  The announcement also comes with the caveat that “they aren’t guaranteed to survive the ordeal, in general, or specifically with certain limbs!”

“This project is just fun, fun, fun,” said writer Declan Shalvey. “Getting to play with these icons – and in some cases, ripping them apart – is not quite the entertainment I was expecting to have this year. Pulp gets pulped in the R-rated Hollywood blockbuster of the Dynamite universe.”

“I’m excited to come on board as part of this DIE!NAMITE team. I always look forward to returning to the zombie realm,” said writer Fred Van Lente. “In addition to the masked undead, we’re also going to all sorts of new worlds — Barsoom, Draculon — as well as new eras, and encounter terrifying new creatures. As usual, I hope to bring equal measure of scares, gore and fun.”

Stay tuned to Horror News Network for the latest on this exciting announcement. 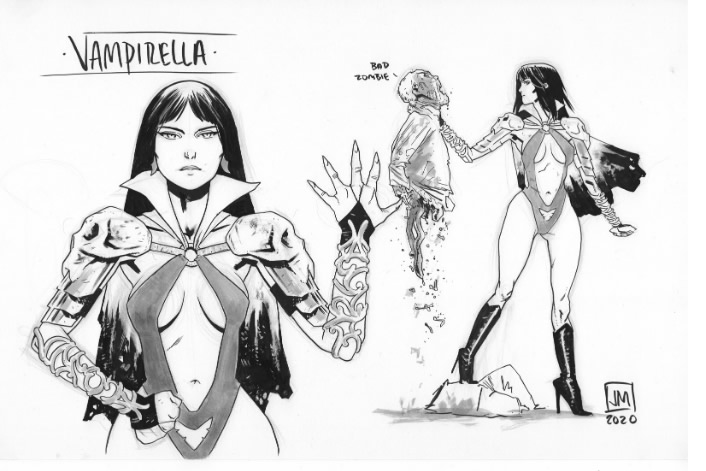